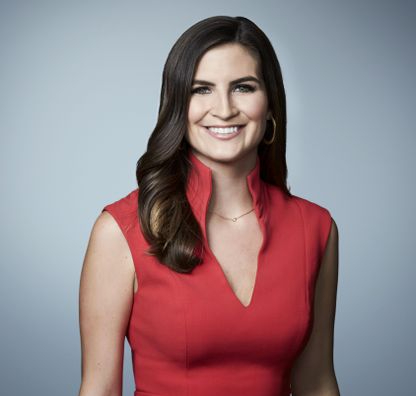 Kaitlan Collins is the CNN chief correspondent assigned at the White House. She got promoted to this position in  2021. The 28-year old Collins is the youngest to hold that post in the history of CNN.  She has provided extensive coverage of the Trump presidency since 2017. As CNN chief correspondent at the White House, she accompanied Trump to various official trips abroad. Collins is declared as part of the 50 Most Influential People in News Media. She is also part of Forbes Magazine’s 2019 list for 30 under 30.

Who is Kaitlan Collins?

Collins’ first job in journalism was far from politics. She first worked as a reporter for entertainment news at the Daily Caller in 2014. In 2016, she covered the campaign for the presidential election. That was her stepping stone to her career in politics news correspondence.

The Daily Caller promoted her to White House correspondent in 2017.  And she was tasked to provide full coverage of the Trump administration. During her time at The Daily Caller, she appeared in several segments of CNN. Eventually, CNN hired her in 2017. There she exclusively covered some of President Trump’s official trips to various foreign countries.

She was Banned from the White House for Asking Tough Question

However, in July 2018, Collins asked Trump a controversial question regarding Michael Cohen (Trump’s lawyer) and Vladimir Putin.  Trump ignored the question, and as a result, CNN excluded her from other press conferences in the White House. The White House officials denied that Collins was banned.

However, they could not explain why they did not allow her to attend other White House conferences. Other news correspondents offered their support for Collins. They insisted that the White House was suppressing press freedom.

In 2020, Collins had another clash with President Trump when she questioned his command on the restrictions for social distancing concerning the COVID-19 pandemic. An official asked her to leave her seat and transfer to the back of the room. This she refused to do. Later that same year, Kayleigh McEnany, the press secretary, called Collins an activist and refused to entertain her questions.

Kaitlan Collins provided full coverage both televised and in print for the Presidential Elections of 2020. Then in 2021, she was promoted to CNN chief correspondent for the White House.

Collins will be covering the term of then-incoming President Joe Biden. She is one of the youngest to be promoted to chief correspondent amongst the extensive media networks. The young journalist was 28 years old at the time that she was promoted to her current post.

Age and Date of Birth

Kaitlan Collins was born on the 7th of April 1992. She is a native of Prattville, Alabama, and the second of four siblings. The Collins family did not have an interest in political news. Her parents did not express any strong political opinions. Additionally, the parents of Collins did not have any political affiliations. As a child, she never had any idea of what was going on in politics at that time.

The declared net worth of Kaitlan Collins is at $1.8 million. The primary source of her income is her job as the current CNN chief correspondent at the White House under the Biden presidency.

The estimated salary of her job description is $120,000 per month. It is a high-paying job that entails a lot of hard work, and it is not without any risks. Collins’ years of experience as a journalist covering many political events and leaders have helped her reach her status and salary today. She has six years of experience as a journalist, and she spent five years of that at the White House.

Kaitlan Collins has been the subject of false news this February 2021. Several websites featured articles that claimed that the journalist owned an insanely huge mansion and lots of cars. Well, there was not an ounce of truth to those articles because they were just clickbait.

If you click the headline, it redirects to a long slideshow featuring almost a hundred photos of different mansions. However, none of those mansions belonged to Kaitlan Collins. The truth is that there are no public details about the journalist’s home or cars.

Kaitlan is a very private person who does not reveal too much information about her personal life. However, the idea of her having a mansion is not far from happening in the near future. Her career is flourishing. Eventually, her net worth is expected to increase as she succeeds as a journalist. A mansion of her own is not far from coming true soon.

The father of Kaitlan Collins is Jeff Collins. He worked at a bank in the mortgage department. On the other hand, her mother remains nameless. There is no publicly available information about the name of her mother or her nationality. But it is assumed that she is American like Kaitlan’s father.

What is known to the public is that her mother was a housewife. She was a full-time mom who took care of Kaitlan and her three other siblings. Her father was the sole breadwinner while the Collins children were growing up. Kaitlan’s father had a well-paying job at the bank. And it was more than adequate to support all of the four Collins kids.

Kaitlan Collins earned her high school diploma at Prattville High School. Then she enrolled at the University of Alabama. At first, she was unsure of which course to take at the university. Her older sister was taking a course majoring in chemistry at the same university at that time.

So Kaitlan thought of just following in her sister’s footsteps and taking the same course. Luckily, she later changed her mind and took a course with a journalism major. She was also an active member of the Alpha Phi Sorority during her stay at the university.

In May 2014, Kaitlan graduated from the University of Alabama with a degree in both journalism and political science. After her graduation, Kaitlan left home and drove to Washington. The Daily Caller offered her an internship in Washington that lasted for eight weeks. And that was the start of her career in journalism.

Collins is an active Twitter user where she often publishes her commentaries or write-ups. She also never fails to leave comments on political issues that she reads on Twitter.

Mouth Surgery? Or Any Surgery?

Kaitlan Collins is famous for her smile that looks like a smirk. Could it be called a smirking smile? She smiles without showing any teeth and with the corners of her mouth lifted to describe it further. Her smile has created some speculation that she had recent mouth surgery.

Some speculate that she could not open her mouth when smiling because of the surgery. The truth is that it is her natural smile. She does have a unique signature smile. Kaitlan Collins has not had any surgery on her mouth or any part of her body recently.

Old college tweets of Kaitlan Collins have surfaced in 2018 and they were deemed as homophobic. Her tweets from 2011 were shared online by the Log Cabin Republicans, a Republican group that supports LGBTQ. People widely criticized her for her old tweets that contained the word “fag”.

In another past tweet, she also stated that she was not comfortable sharing a room with a lesbian. Kaitlan has already apologized for her old college tweets. She stated that she was very young at that time and also very ignorant and immature. The remorseful journalist issued her public apology to the people whom she hurt or offended through her past tweets.

Collins was a fresh graduate when she began her internship at the Daily Caller. After her internship, her task was to report on entertainment news. She mostly wrote entertainment articles for the website. The new graduate was still learning the ropes. But she never gave up because she needed to earn a living to support herself.

Writing has always been her passion, even as a teen, so she was more than happy to be just an anonymous face writing the news. The thought of appearing on television and reporting the news live has never really crossed her mind at that time.

While growing up in Alabama, she was unexposed to any politics. Her parent never showed any interest in what was happening in the rest of the country, particularly in politics. All she and her three other siblings watched is the local news. They never really knew what was happening outside of their small town Prattville.

Kaitlan Collins suddenly pulled herself from the scenes. She, then placed herself in front of the camera when CNN assigned her as White House correspondent when Trump stepped into office.

Unluckily for her, Trump did not have a strong affinity for the media. Kaitlin and President Trump clashed on several occasions during interviews. However, this may have helped her in her career because the audience noticed her strong will.

Even as the White House banned her from asking cutthroat questions. At some point, CNN saw her potential, and soon after, they promoted her to the chief correspondent.