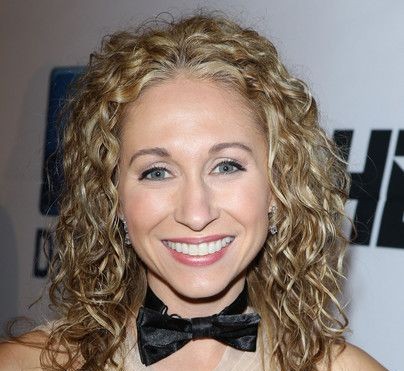 The American TV host, Katie Daryl, gained her fame from being part of TMZ TV, a Hollywood gossip TV show version of the popular news website TMZ. Indeed, Daryl is making her way into the media industry, and there are more things to know about the rising artist.

Who is Katie Daryl?

Katie Daryl started her career as a Radio DJ during her teenage years and pursued her path to the big screen. While studying college at Arizona University, Daryl began working in the media industry. Likewise, she spent her rookie years in the radio industry and landed a job as a radio program producer for Kiss-FM in Phoenix, Arizona. In 1998, Daryl spent her internship with a fans radio network.

Working in the radio production means waking up at 4 in the morning, and Daryl is not enjoying that part. Therefore, after graduating college, she pursued her career working in TV production. Daryl’s first major television appearance was co-hosting The Mark Cuban Show, which became the turning point of her career. Working with Mark Cuban in his show brought more jobs for the rising artist. Hence, she became a producer and host of various music shoes and talk shows throughout her career. Hosting and being the executive producer of the AXS TV music show, The Greatest Tribute Bands is one of Daryl’s biggest gigs in the television industry. Moreover, the talented host created an original music countdown series, The Top Ten Revealed, in 2017 and premiered in February 2018.

Is She Married to a Husband?

Katie Daryl is the wife of a prominent actor, a writer, and a producer, Eddie Adams. Eddie Adams starred in movies like Austin Powers Goldmember, Planet of the Apes (2001), Firefly (2002), and a short film, Pennies, with his sister Amy Adams.

Likewise, creativity runs in Adams’ blood. His father, Richard Adams Sr., is a talented musician that can play the guitar and a keyboard with his feet. On the other hand, Adams Sr can also sing and had his own bad when he was younger. Eddie is also the younger brother of the famous and award-winning American actress Amy Adams.

The marriage of his parents did not last long. Richard married Kathryn Adams, a semi-professional bodybuilder, in 1960, but their relationship only lasted until 1985. After that, Kathryn Adams decided to live with her lesbian partner.  Although Kathryn sought custody of her children,  Richard got full custody of his seven children, including Eddie.

The first few years after their parents’ divorce were a nightmare for Eddie and his other siblings. Each of them lived with different family friends during their high school days since supporting seven children is financially draining for their father alone.

Eddie Adams currently works with TMZ and spends some quality time with his sister Amy and niece, Aviana.

Aside from being a talented host, Daryl’s good looks and good physique made her stand out alongside her beautiful curly blonde hair as her trademark features. The TV host stands 5 feet 2 inches.

Various sources have their own say on Katie’s net worth. According to the net worth post, Katie Daryl has an estimated net worth of $300,000 as of 2021.