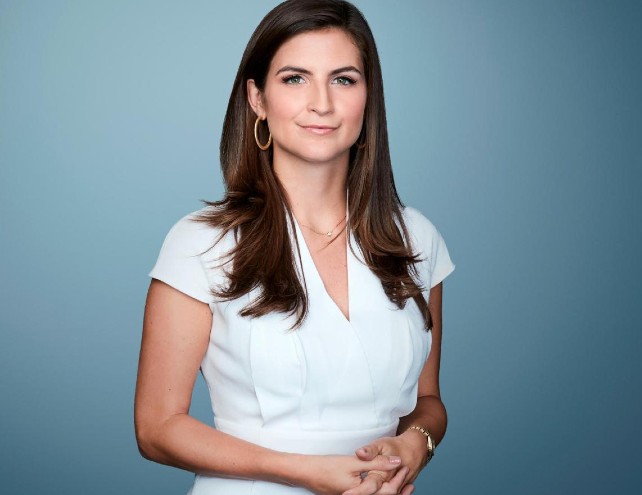 Twenty-nine years old, Kaitlan Collins is an American journalist from Alabama. Before being part of the broadcast industry, Collins was a freelance blogger and writer. Indeed her career as a journalist started when she worked as an entertainment reporter for The Daily Caller. There she worked for three years. Later, she was promoted to the White House Correspondent. Read this to know Kaitlan Collins’ husband to be Will Douglas.

In June 2017, CNN named Kaitlan Collins as their new White House Correspondent. Again, she is the youngest CNN correspondent of the White House.  Likewise, Collins is able to draw the attention of the viewers because of her brain and beauty.

The young journalist received recognitions like including Collins in the Top 50 Most Influential People in News Media in 2015 and 30 under 30: Media in 2019 by Forbes Magazine.

Kaitlan Collins is Not Married Yet.

The personal life of Collins is quite private. People see Collins as a young entrepreneur. They are curious if the journalist is single.

Collins confirmed that she is still unmarried. However, she is dating Will Douglas, a successful entrepreneur. The two started dating in 2015, and people often see them together on vacation.

Moreover, reporters also spotted Collins and Douglas visiting a National Park and watching a baseball game in D.C. Collins usually post their pictures together on her Instagram. Yet, she is been able to maintain a lowkey relationship as well.

Will Douglas is a self-made entrepreneur from rural Oklahoma, Texas. The 35 years old pharmacist was born from a blue-collar family and values hard work. After graduating with a bachelor’s degree in Multi-disciplinary studies at the University of Oklahoma, Douglas paid his way to school. Furthermore, he got his Doctor of Pharmacy degree at the University of Oklahoma Health and Science Center.

Both of his parents, a Black father, and a white mother, reside in Mexico. While Douglas’ mother is a housewife, his father works for a manufacturing company.

His uncle inspired him to become a pharmacist. Besides, Douglas’s uncle was a successful personality. Douglas has small pharmacies around Dallas, He currently manages his business, Crimson Pharmacy Group.

In October 2019, Kaitlan Collins’ husband-to-be Douglas announced his candidacy for the Texas 113th State House Representative. This was under a Republican party even without any political background. He ran against the Democrat State Representative Rhetta Bowers for the Texas House in District 113.

It was a crucial election year for the diverse group of candidates with Donald Trump sitting in power. There was a diverse batch of candidates for GOP Dallas county in the 2020 election. They included four-woman, several Millenials, two immigrants, an African American, and Douglas, being the biracial candidate.

Will Douglas run in office to offer modern health care services designed to give a positive impact on the people of Texas. However, the biracial candidate lost the election with the democrat Rhetta Bowers.