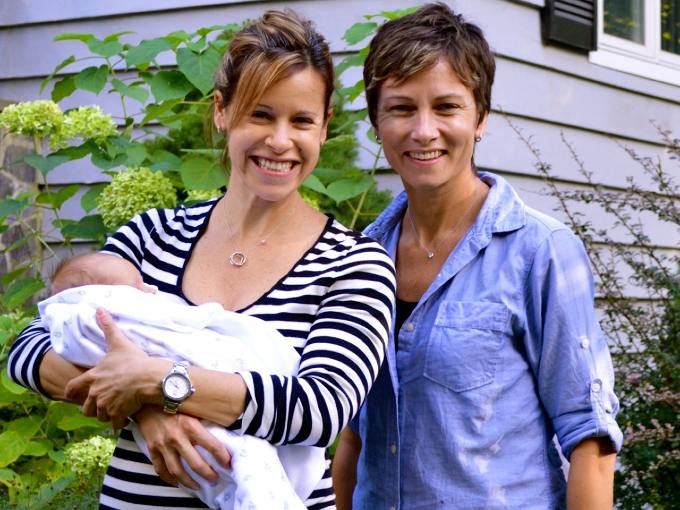 Jenna Wolfe’s partner Stephanie Gosk is based in New York. Gosk is an American journalist who works for NBC News. She contributes to all the platforms, including Today, NBC Nightly News, and MSNBC of NBC news.

American Industry’s one of the most renowned writers, Stephanie, is functioning as the NBC News correspondent. She is openly Lesbian.

Speaking of her early life, she was born and brought up in Londonderry, New Hemisphere. She spent her entire childhood there.

Stephanie Gosk and her partner Jenna Wolfe fell in love after they met in 2010. Like most other public figures, they met at work, as they have a similar line of work.

Since then, this beautiful pair has a smooth run in their relationship as they are currently responsible mothers of two beautiful children.

Jenna Wolfe and Stephanie Gosk Have Daughters Together

Jenna and Stephaine are the guardians of two children. On August 21, 2013, they had their first child, Harper Estelle. Likewise, on February 4, 2015, Jenna gave birth to another baby girl named Quinn Lily Wolfeld-Gosk.

The duo was far more excited about their baby as they love to flaunt their baby daughter’s pictures on their Instagram frequently. They break the level of cuteness when they are together.

Furthermore, rumors strongly suggest that both pregnancies got conducted through intrauterine insemination. A third-party donor donated the sperm required in the process, but the donor’s name is not available in public.

However, the question still lingers on the public’s mind of whether their marriage is on the way or not.

About Jenna Wolfe and Stephanie Gosk

Jenna Wolfe, the wife of Stephanie, who is originally from Jamaica, also identifies herself as a lesbian without hesitations. Career-wise, she is an American journalist and a personal trainer.

From the date of 2007 to 2012, Stephanie worked as a journalist for NBC’s Today show and as the Sunday co-anchor. Similarly, from 2012 to 2014, she worked as a news anchorwoman for Weekend Today, which greatly impacted her life.

Jenna left the Weekend show on September 12, 2014, as a new career change on the weekday Today show, and NBC News was waiting for her. Here she started to work as a lifestyle and fitness reporter.

Furthermore, in this society filled with criticism, she dared to love another woman of the same gender openly, which takes a lot of courage.

She is an avid sport and health fanatic and is renowned as one of the most well-known columnists in the American Industry.

Due to Jenna’s strong interest in fitness and health, she works as a fitness expert, where she provides numerous diet tips and techniques to stay fit.

Despite the couple’s differences, both belong to the media field, which helps them manage and understand busy schedules.