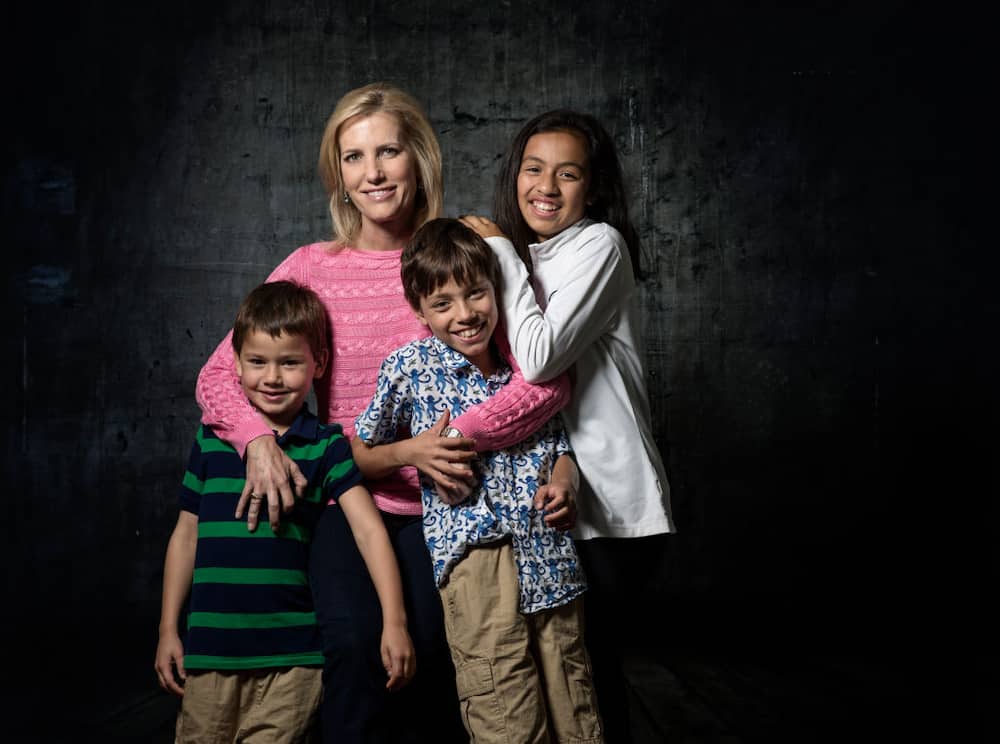 Laura Anne Ingraham is a famous American conservative TV host who is a member of the Republican political party. The 59-year-old started working in the 1980s as an editor for The Prospect Magazine, a speechwriter for Domestic Policy Advisor, a law clerk, and an attorney in New York.

Aside from that, she has worked as a television host for MSNBC, CBS, and Fox News. Many people recognize her from being featured in The Ingraham Angle, a show cast by Fox News channel.

Laura is also known for launching her radio show, The Laura Ingraham Show, earlier in 2001. She also has her website, LifeZette, which she established with Peter Anthony.

Regarding her personal life, she is a single mother to three children whom she adopted from Guatemala and Russia.

Where is Laura Ingraham from?

Laura was born in 1963 in Glastonbury, Connecticut, United States of America. She was born to her parents, James Frederick Ingraham III and Anne Caroline.

Laura was brought up together with her brother, Curtis Ingraham. However, their relationship is not very strong. Recently, Curtis called her out publicly as a monster for supporting anti-LGBTQ.

Regarding her nationality, Laura is American and has a mixed ethnic background of Polish, English, and Irish ancestry. Distinctively, her father’s ethnicity is Irish and English, whereas her mother is Polish.

Laura grew up in Glastonbury, where she pursued her high school studies before proceeding to university at Dartmouth College and subsequently attending the University of Virginia School of Law.

Where does Laura Ingraham live now?

Once Laura had cleared her high school studies, she moved to Hanover, New Hampshire, to attend university at Dartmouth College. After graduating, she moved to Virginia to pursue law at the University of Virginia.

This is where she currently resides, at her home located in Mclean, Virginia.

Laura is known to live in a luxurious home in Mclean, Virginia, United States of America. Her house is said to have been built n the 1960s and occupies approximately 7,869 square feet on a 2.1 acre of land.

She lives in a private neighborhood with high security and a large driveway. It is alleged that her house contains five bedrooms and 5 ½ bathrooms.

Additionally, her place includes a large swimming pool and an attached garage. Cumulatively, her home is said to be approximated at $3.3 million.