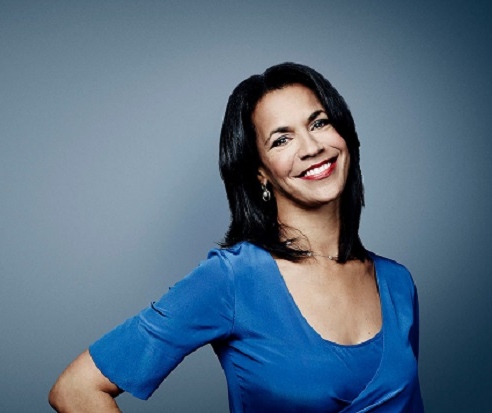 Fredricka Whitfield is a renowned news anchor who works for CNN in the USA. She works in CNN’s main headquarter in Atlanta as the news host of CNN Newsroom, which airs every weekend. Likewise, Whitfield is an American journalist.

Learn more about this widely popular news anchor in the article below.

Who is Fredricka Whitfield?

Fredricka Whitfield was born to parents Mal Whitfield and Nola Whitfield on May 31, 1965. This American CNN news host attended Paint Branch High School located in Burtonsville, Maryland. Moreover, she completed her schooling in the year 1983. Whitfield graduated from the School of Communications affiliated with Howard University in the year 1987 with a journalism degree.

This career-driven woman was already clear about her future. In addition, while she was in college, Whitfield provided her service as the news anchor in the radio station WHUR for the campus. Moreover, this bright student was chosen as the Howard University School of Communications Alumna of the year in 2002.

After her graduation, Whitfield worked at a local TV channel in Miami called WPLG-TV. It is affiliated with American Broadcasting Company and is based in Miami, Florida.

Likewise, Whitfield also worked in Washington DC for News Channel 8. This talented and bold news host worked for various other television channels as well like KTVT-TV, WTNH, Connecticut, and WCIV.

After gaining tons of experience, NBC News chose this brilliant journalist as their correspondent. In addition, she served as the correspondent from 1995-2001 based in Atlanta in the NBC Nightly News. Likewise, she also served in other news programs like Today.

Thanks for joining and prioritizing safety. https://t.co/lEywiVllu2

Whitfield’s journalism career changed drastically after she joined CNN in 2002. Meanwhile, she has been able to cover several major issues since then. When Ronald Reagan passed away, Whitfield was also the first one to cover the news. Reagan was the 40th America’s President. Likewise, this American journalist was also the one to report the catastrophic Asian Tsunami that occurred in 2004.

In addition, this 56-year-old fearless journalist was present in the Persian Gulf to report about Operation Iraqi Freedom as well.

Whitfield and John Glenn tied the knot in 1999. The couple is heartily married since then. Her husband is the director of photography at The Atlanta Journal-Constitution.

The couple began dating back in their college days.

The couple shares three beautiful children. Whitfield gave birth to her first son in January 2005. They named him John Glenn Jr. Later, in November 2012, Fredricka and her husband John welcomed their fraternal twins to the world, a daughter and a son. Nola and Gilbert are their daughter’s and son’s names respectively.

The family resides happily in the USA without any controversies or rumors. Moreover, Whitfield likes to keep her personal subtle. Unlike other celebrities, Fredricka does not like to flaunt her life and family on social media. whatever she posts, it’s usually about work. You can only find about her work and business on her Twitter handle and Facebook account.

This talented and beautiful American news anchor’s parents are Mal Whitfield and Nola Whitfield. Her father Mal Whitfield was the American middle-distance runner and an Olympic champion.

This American athlete, also nicknamed the “Marvelous Mal”, had a huge success in his career. He participated and won the 800 meters Olympic champion in 1948 and 1952. Way to go champ!

Her dad was also one of the team members in the 4*400 meters relay race in 1948. The team was able to grab the gold medal in the relay.

In his career as an athlete, Mal Whitfield was able to put his hands on five Olympic medals. Those were three gold medals, and silver and bronze each.

Mal Whitfield retired from his athletic career to become a coach for 47 years. He was also a goodwill ambassador to other countries like Kenya, Egypt, and Uganda. While he was in Africa, he also served as an athletic mentor for the youths. This was on behalf of the United States Information Service.

Being the daughter of an Olympic champion and a well-renowned athlete, Fredricka Whitfield was able to see many parts of the world in her childhood. Her father would take her with him anywhere he traveled.

This is the reason she got fascinated and inspired by her father. Fredricka Whitfield spent her developing and growing years listening to her father who kept on motivating young athletes.

Whitfield also mentions that her father was the one who taught her to run her own race. Keeping these things in mind, Whitfield has also been able to show the way for the students of Georgia Tech College of Engineering and Howard University. She motivates and encourages students, especially women, to follow and pursue their goals.

Mal Whitfield died in the November of 2015.

Fredricka Whitfield Net Worth and Salary

According to Idol Net Worth, American journalist Fredricka Whitfield has a net worth of $5 million as of 2021. She has amassed a large amount of money in her journalism career. Likewise, CNN also seems to pay her a pretty decent sum.

Glassdoor states that the average pay of any CNN journalist ranges from $32,000 to $180,000. The pay depends on the education and experience of the journalist. Keeping in mind the background of Whitfield’s journalism journey, we can assume that she earns somewhere around $150,000.

Whitfield has two brothers, Ed Wright and Malvin Lonnie Whitfield, and one sister. Her name is Nyna Konishi.

Ed Wright has inherited the genes of an athlete from his father. Ed is a high jump champion. However, his father, initially, wanted Ed to follow him, and run on the race tracks. Despite his father’s will, Ed was always into high jumping.

Wright was always the people’s favorite. During the time Wright competed, the highest jump record was 7 ft and 3 inches.

Although Mal Whitfield was not supportive of his son’s chosen career, in the beginning, he later realized that Ed was correct. Mal gradually began supporting him and their father-son relationship grew stronger.