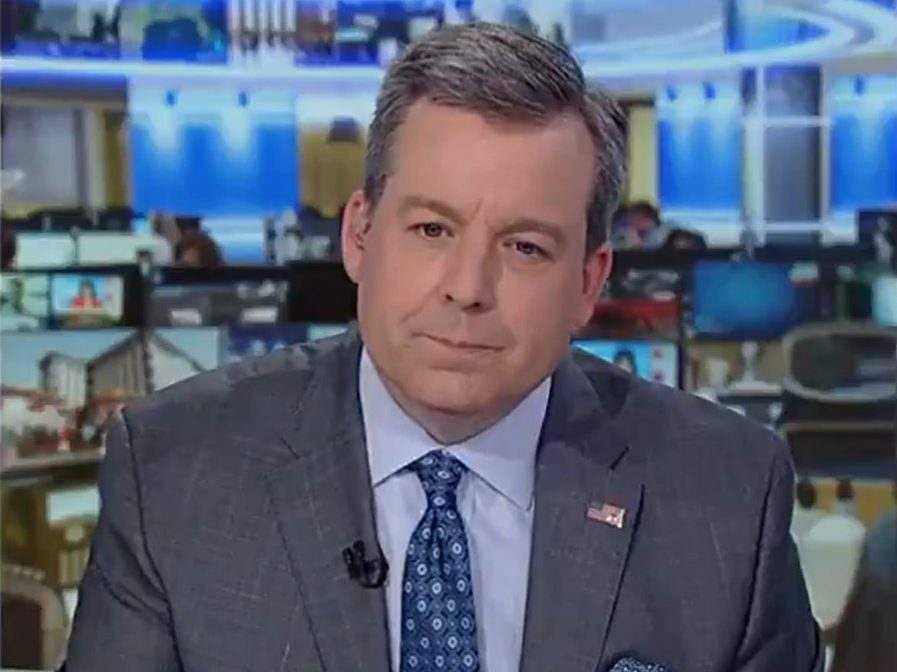 Former Fox News Channel anchor Ed Henry has been out of work since June 2020, and it is definitely not because of the pandemic. His dismissal from America’s Newsroom, where he served alongside Sandra Smith, comes after news of his sexual misconduct flooded the media.

We’d also like to point out that this isn’t the first time he has embarrassed his wife, Shirley Hung, with his out-of-marriage antics. However, despite all that, she remains married to him and has no comments on it. Here’s a closer look at Ed Henry’s wife, Shirley Hung, his net worth, surgery, scandals, and children.

Ed Henry was Fox News Channel’s golden boy with promotion after promotion every few months. Most news outlets report that he was born in Queens, New York 1971. However, that is barely accurate.

The former Fox News anchor was born on July 20th, 1971, in Astoria as Edward Michael Henry Jr. His father was a dairy manager while his mother, Christine, worked as a bookkeeper.

Henry Jr. was raised alongside his sister Colleen, born two years after him in May 1973. This is the same sister he donated part of his liver to in 2019. The family of four lived in a post-war apartment building in 32-56 41 Street in Astoria while the kids attended St. Joseph’s Grammar School nearby.

His passion for journalism manifested itself while attending St John the Baptist Diocesan High school in West Islip, LI. One summer, he got a job in Washington DC and paired up with the legendary Jack Anderson. He would later grow into an undergraduate in English from Siena College while providing political analysis for radio shows in DC.

By 2004, Ed had secured his grounds as a reputable political journalist. He served at CNN as the moderator for CNN Inside Politics before switching to Fox News in 2011. While at Fox, Ed served as a substitute host for Fox & Friends Weekend and its Chief White House Correspondent.

He would also gradually ascend into a co-hosting job with Sandra Smith on America’s Newsroom until his firing in 2020.

Shirley Hung is a 47-year-old Asian-American journalist currently serving as the Chief Washington Editor at NPR News. She joined the news platform in September 2014 as a Senior Editor for its Washington Desk.

Prior to her current capacity, she several positions at CNN, including field productions and managing the coverage of CNN’s Washington’s Bureau. Other roles within her jurisdiction included editing the Network’s blog as well as supervising the production of CNN’s National Security Unit. Around this time, she met her current husband, Ed Henry, while they both worked for the Network.

Shortly after, the couple started dating, and in February 2010, he proposed, and she said yes. By June 2010, they had their Las Vegas wedding at Wynn Las Vegas Chapel and its reception at Society Café Encore Las Vegas featuring a performance by Human Nature.

Moreover, like most Vegas weddings, theirs too wouldn’t be complete without an Elvis Presley impersonator. Shirley would then become the stepmother to Ed’s two kids from his previous relationship, as reported by the Washington Post.

Ed Henry’s wife is a Phi Beta Kappa graduate from Boston University. She double-majored in journalism as well as International relations, graduating with both within the same year. According to her LinkedIn profile, Shirley also holds a Master’s degree in Public Policy, which she obtained in 1998 from Georgetown University.

The  American journalist has two children. They are daughter, Mila Henry, and son, Patrick Henry.

Ed Henry Net Worth and Salary

Before Fox News Channel issued a press statement on his dismissal, Ed Henry’s net worth lingered at approximately $6 million. On the other hand, his salary remained at $2 million owing to his prowess in the journalism field. Henry has been the recipient of numerous awards, including the Everett McKinley Dirksen Award and the Merriman Smith Award for his unmatched broadcast coverage while at CNN.

Back in July 2019, Ed Henry became a true hero in his sister’s eyes, her son Frank and many unsuspecting fans across the world. After receiving news of her failing liver, Henry offered to go under the table to donate part of his liver to her. The procedure was a success as conducted by transplant specialist Dr. Joe Galati and his team.

He reported on the miracle that his liver started functioning immediately after placing it in her. Five days later, Ed emerged out of the ER, sharing pictures of the surgery’s success on Twitter and thanking everyone for their continued support. Ed Henry’s sister, Colleen, is now alive and well.

The former Fox News journalist has been liked with three extra-marital affairs so far. In May 2015, a cocktail waitress and stripper at the Wynn Las Vegas hotel named Natalia Lima told In Touch Weekly of their 10-month affair. She revealed that they would hook up whenever he was in town since the Spring of 2015, and he would help her out with her rent and bills. Fox News distanced itself from the story by having him go on a six-month temporary leave.

Another scandal followed suit in 2020, spearheaded by a woman named Jennifer Eckhart. She accused him of sexual harassment, misconduct, and rape while in the office. Shortly after she came out, another woman named Cathy Areu, also at Fox, came out with her sexual harassment story.

Upon investigation by a private tribunal, the Network decided on firing their golden journalist in July 2020. To this day, Ed has denied the accusations and has tried to appeal the case to clear his name.