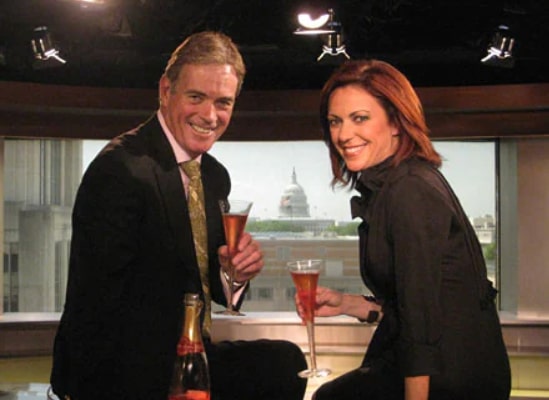 A successful TV journalism career of almost five decades has earned him a massive social media following. We regularly come across his fans’ inquiries regarding his personal life and career.

Thus, this article will give you detailed information about John Roberts’ married life, wife Kyra Phillips, journalism career, and net worth.

John Roberts is a Famous American Journalist for Fox News

Unfortunately, the web currently lacks his parents’ and siblings’ details. Regarding education, Roberts received his secondary level education partly at Lorne Park Secondary School and partly in Erindale Secondary School, both in Mississauga.

After that, he attended the University of Toronto and earned his Bachelor level degree in 1978. Roberts started his professional reporting career in 1975.

His first job was as a radio news broadcaster at CFOS, an AM radio station in Owen Sound, Ontario. After that, he worked with several other Canadian radio stations such as CHYM, CJBK, and CHUM.

Then, in 1979, Roberts landed his first TV job as the co-host of the CITY-TV show The New Music. It marked his rise to become an internationally renowned TV journalist and correspondent.

Beginning in the late 1970s, Roberts has spent more than 43 years in the TV journalism industry. He has worked with high famed TV channels like WCIX, CBS, CNN, and Fox News.

Currently, he is based in Washington DC and serves as the correspondent and co-anchor of several Fox News programs. Moreover, at Fox News, from 2017 to 2021, he held the position of Chief White House Correspondent.

John Roberts is Married to his Wife, Kyra Phillips

The Fox News journalist first met his current partner Kyra Phillips in 2009. The pair got along quite easily. Moreover, within a month of their first meeting, they engaged on 25 April 2010.

As of August 2022, they have already exchanged wedding vows. However, they have kept their marriage date and details far from media reach.

Who is Kyra Phillips? Her Short Bio

Like Roberts, his wife Kyra is also a TV journalist and news reporter. She is an Illinois native born on 8 August 1968.

She graduated high school from Helix High School in La Mesa, California. After that, she enrolled in a Journalism course at the University of Southern California and received her Bachelor’s level degree in Journalism.

After graduating, Kyra began working at WLUK-TV as their weekend news reporter in Green Bay, Wisconsin. Then, in 1994, she left WLUK-TV to join WDSU in Louisiana.

Similarly, she has also worked with TV stations such as KAMC in Texas, KCBS in California, and CNN. John Roberts’ wife Kyra joined CNN in 1999 and worked as their field reporter and newsroom anchor for almost two decades.

She left CNN in April 2018 and joined the ABC News channel as their correspondent for the Washington DC area. Currently, Kyra lives at her residence in Washington DC with her husband, John Roberts, and two children.

Roberts and his wife Kyra have welcomed two beautiful kids from their 12 years of blissful marriage. Their firstborn is a daughter named Sage Ann and their second born is a son who they have named Kellan Clay.

As of August 2022, Roberts has a total net worth of approximately 5 million US dollars. His primary income is his carefully garnered TV journalism career that has spanned over four decades.

In addition, he also holds credit as a writer and producer, contributing to the making of his massive net worth.