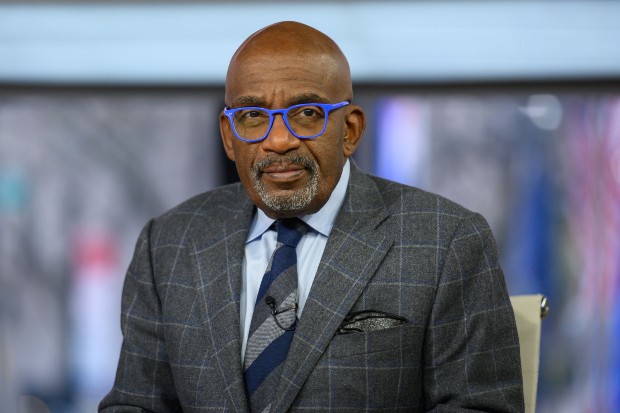 The worldwide celebrated personality, Albert Lincoln Roker Jr., or Al Roker, works as a journalist on television. Likewise, Roker works for NBC’s TV program, Today where he forecasts weather reports. Al Roker is married to his wife Deborah Roberts since 16, 1995. Moreover, this US-born reporter is also an author and a prominent actor.

Who is Deborah Roberts?

Deborah Roberts is also a journalist who works for ABC News. Meanwhile, Deborah holds American nationality. Her parents Benjamin Roberts and Ruth Roberts introduced her to this world on September 20, 1960, in Perry, Georgia.

While, Deborah’s father, Benjamin is a businessman, her mother is a housewife.

Upon completing her education, she started working at WTVM in 1982. It is a TV network based in Columbus. Similarly, Deborah began working for NBC News in 1990. Her post was a general assignment reporter, then. However, she was later promoted to a correspondent for a news magazine in NBC.

Deborah Roberts is currently working for ABC News. She joined ABC in 1995. She, then, worked as a host for various programs such as World News Tonight Weekend, and Good Morning America.

Likewise, for her tremendous contribution in reporting, Deborah has grabbed an Emmy Award.

In collaboration with her husband Al Roker, Deborah published a book in 2016. The book is called Been There, Done That: Family Wisdom for Modern Times.

Deborah completed her graduation in 1982 from Henry W. Gray College of Journalism and Mass Communication affiliated with the University of Georgia. Her major was Journalism. As soon as she completed her education, she began to flourish in the world of journalism.

After a decade of her graduation, Roberts received the University of Georgia Distinguished Alumnus Award in the year 1992. The university awarded her with this reward for her immense growth in journalism.

How Old is Deborah Roberts?

Deborah is Al Roker’s Wife Since 1995

Just to make it clear for our readers, Deborah is Roker’s second wife. Al Roker was first married to Alice Bell in 1984. Bell is the producer of WNBC-TV. The marriage between Al and his first wife Alice didn’t work out well. Unfortunately, they divorced in 1994 ending their decade-long marriage.

Al Roker and Deborah were good friends in the beginning. At the time they met, Roker and Alice Bell were not yet divorced. Roker used to treat Deborah as a good friend.

He often showed her pictures of his family. Similarly, he used to talk about his daughter as well.

Roker was able to win Deborah’s heart very easily after his divorce. He took care of her. Roker even looked after her messy apartment when Deborah was out for the show.

Roker found out that Deborah was a bit unorganized and her fridge used to be mostly empty. To her surprise, Roker filled Deborah’s fridge with drinks and pantries when she returned from the show, leaving her a welcome note as well.

Very soon, the couple was on their first date. Before marrying, Roker proposed to Roberts on the 1st of January in 1994. Numerous famed faces attended their wedding.

Al Roker is the father of three beautiful children.

Roker and his first wife, Bell, adopted an infant back in 1987. They named their beautiful daughter, Courtney.

And with his current wife, Deborah, Roker has two adorable children. The couple has a son named Nicholas, and a daughter, Leila.

The couple together has amassed a huge sum from the world of journalism. According to the wealthy gorilla, Al Roker has a whooping net worth of $70 million. Likewise, according to celebritynetworth.com, Deborah Roberts has a net worth of $10 million.

Thus, the couple has a pretty fat bank account.

Al Roker earns approximately $10 million annually with NBC. He recently signed a contract of 5 years with NBC at an astounding price of $50 million.

This rich couple has earned almost all of their money from journalism and hosting various television programs.