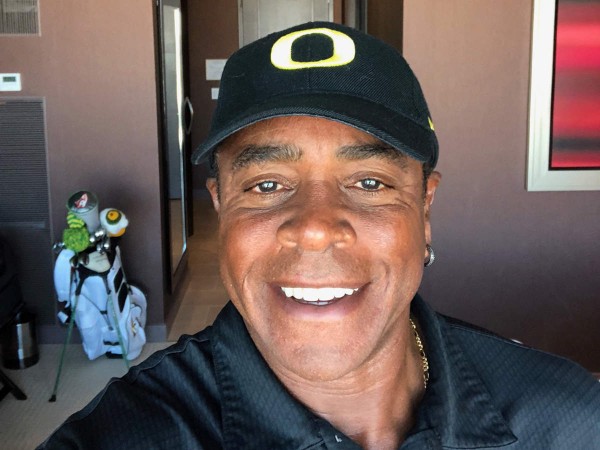 However, what has had the people talking about him is his unique marriage history. Ahmad Rashad has married multiple women and is the father of an even higher number of children.

Who is Ahmad Rashad?

Moreover, Rashad has been a professional footballer in his early days too. Rashad comes from Portland but shifted to Washington. While studying at Mount Tahoma high school, Rashad began playing football with the team. After graduating from high school, Rashad became the recipient of an athletic scholarship to study at the University of Oregon.

Since then, Rashad’s favorite position became the running back position, and he played with the 1971 team of College Football All-America Team. So far, Rashad has played with the Minnesota Vikings, Seattle Seahawks, Buffalo Bills, and Cardinals.

After Rashad retired from football in the early 90s, Rashad transitioned his career into television by working as a live game pundit, anchor, studio analyst, etc. Rashad is most famous for hosting the NBA Access with Ahmad Rashad and NBA Inside Stuff from 1990 to 2011.

Other than his professional life, Rashad also caught the people’s attention with his name. Being an American, Rashad is a Muslim name because he converted his religion to Islam in 1972.

Years of hard work in the sports industry as a former athlete and sportscaster have helped Rashad’s assets worth $10 million.

As of 2021, Rashad is the ex-spouse of four women and the husband of his new wife.

Rashad married the first love of his life, Deidre Waters, in 1969. Waters and Rashad’s marriage only lasted for two years. The reason for Rashad’s split with Waters is still a mystery.

Following the divorce from his first wife, Rashad married for the second time with Matilda Johnson in 1976. Within the three years of their short-lived marriage, Rashad had two children with Matilda.

Rashad’s prominent marriage came in 1985 when he exchanged vows with the actress Phylicia Ayers-Allen from The Cosby Show. Surprisingly, this was the third wedding for both of these individuals.

It looked as if Rashad had finally found stability in his married life with Phylicia. However, after sixteen years, Rashad and Phylicia went separate ways.

Rashad’s fourth marriage was with the model named Sale Johnson, who was worth $100 million. The NBC sportscaster locked hearts with Sale Johnson in 2007. Previously, Rashad’s fourth wife was the ex-wife of Robert Wood Johnson, the billionaire heir of the company Johnson & Johnson.

However, in 2013, Rashad’s marriage with Sale Johnson ended.

Three years after divorcing Sale, Rashad married a psychologist from South Florida named Ana Luz Rodriguez-Paz. So far, this marriage is celebrating its fifth anniversary. Likewise, the 71-year-old sportscaster does not share any children with Ana Luz.

Similarly, with the five women Rashad has had a relationship with, he bore six children. Rashad had three daughters and three sons in total. Most of Rashad’s children are living away from the media’s attention.

Ahmad Rashad’s first-born child was Keva Rashad. Keva was born to Rashad’s first wife, Deidre Waters. At the moment, Keva is 51 years old as her birth year was 1970. Since Keva lived her life away from her father’s spotlight, there is not much information about her.

Rashad had a daughter with The Cosby Show‘s actress, Phylicia Ayers-Allen, whom they named Condola Phylea Rashad. Condola’s birth date is December 11, 1986. Unlike most of Rashad’s children, Condola does not live a lowkey life.

Besides this, having played for numerous plays such as The Trip to Bountiful, Stick Fly, Romeo and Juliet, A Doll’s House, Part 2, and Saint Joan, Condola has gained fame as she has almost 100k followers on Instagram as of 2021.

Likewise, the 35-year-old is currently engaged to an actor named Sebastian Vallentin Stenhoj. Condola revealed her engagement news on December 31, 2016.

We know Keva Rashad was born in 1970. However, during the same year, Rashad also became the father of an illegitimate son named Sean with an unidentified woman. Though illegitimate, Sean was Rashad’s second son.

Rashad’s marriage with his second wife gave life to two children. Their first was a daughter named Maiyisha, who was born in 1976. As of 2021, Maiyisha is at the age of 45 years.

Similarly, Rashad’s second child with his second wife was a son named Ahmad Jr., who was born in 1978. Ahmad Jr., 43, is the third but legitimate son of Ahmad Rashad.

In 2005, before Rashad married Sale Johnson, he realized that he had a son with his high school girlfriend Melody Neal.

The name of this biological son was Geoffery Simmons. Geoffrey was kept at an adoption house in Amara in 1967 by his mother. Later, in 1991, Melody Neal lost her life due to cancer.