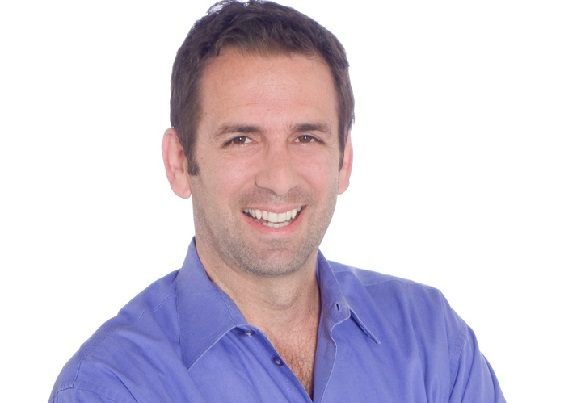 Tony Berlin is an American PR and media consultant and the CEO of NYC’s Berlin Media Relations. He is married to the Fox News presenter Harris Faulkner.

Tony Berlin was born in Los Angeles, California, in 1968.

According to his LinkedIn profile, Berlin earned his Bachelor of Arts degree in political science from Occidental College in 1989.

Subsequently, Berlin moved to the nation’s capital and pursued public policy and journalism from the American University. Tony graduated with a Master of Arts degree in 1993.

Besides his formal education, Berlin attended a leadership and reporting workshop at The Poynter Institute in 2001.

Harris Faulkner’s husband Tony Berlin began his career at Cox Enterprises in 1995. After serving for three years as their lead reporter and fill-in anchor, Berlin moved to WCCO-TV, CBS’s Minnesota affiliate. He subsequently spent the next seven years of his life as the lead reporter for their local newscasts.

Berlin moved to New York in 2005 to begin working at WCBS-TV as a field reporter. After a year in the role, Berlin changed trajectories and got into media relations.

In that vein, Tony worked as a Media Relations Manager for the PR and communications firm Padilla Speer Beardsley from 2006 to 2008. Subsequently, he worked as the Director of Media Relations at the NY-based firm, Credit.com.

Eventually, Tony founded his own media relations and PR firm, Berlin Media Relations, in January 2011. The firm has been described as the “direct conduit for clients with press that they want and need to attract.”

Combining Tony’s decades-long expertise and a back catalog of A-List clientele, BMR has affiliates in major TV networks like CBS, Fox, NBC, Bloomberg, CNN, and ABC. Additionally, BMR also has affiliates on local and national radio channels as well as several print publications. Recently, BMR’s reach is also extending to the online market. Tony Berlin’s Wikipedia page does not exist.

He is Harris Faulkner Husband Since 2003

Harris is a graduate of UC Santa Barbara and is a 30-year veteran of broadcasting. She has been with Fox News for the past 15 years. In her decade-plus since, she has hosted a slew of TV programs like Happening Now, Fox and Friends, and Red Eye.

Furthermore, Harris has authored two books: 1999’s “Breaking News: God Has a Plan – An Anchorwoman’s Journey Through Faith” and 2018’s “9 Rules of Engagement – A Military Brat’s Guide to Life and Success“.

According to various online sources, Tony Berlin has an estimated net worth of around $4 million. Berlin is the founder and president of Berlin Media Relations, a New York-based media relations company.

As the CEO, Harris Faulkner’s husband Tony is the highest-paid employee at the firm.

Before he founded BMR, Tony spent 15 years in TV production, broadcasting, and reporting.

In comparison, Tony’s wife, Harris Faulkner, has a whopping net worth of $6 million.