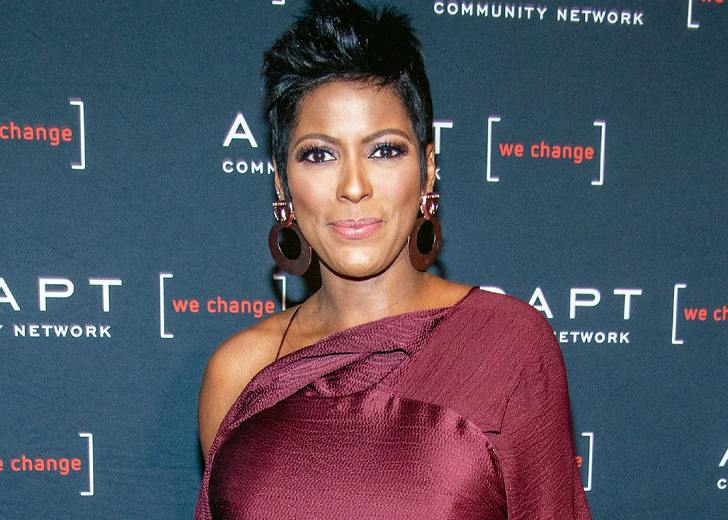 Tamron Latrise Hall is a writer and television personality who has anchored several news programs to date. These include shows like Today and Deadline Crime with Tamron. You can trace her career back to the mid-90s when she was a local reporter in Texas for KBTX.

Additionally, Tamron is also remembered for her collaboration with survival expert, Bear Grylls back in 2014. Most recently, Hall featured on Soul of the Nation, a piece in honor of George Floyd. She got to work with TJ Holmes on this project. Read through a few key details about Tamron Hall’s net worth and Salary.

Who is Tamron Hall?

Tamron Hall is a journalist who features on her own daytime talks show. Prior to this, she was part of the NBC news contract as well. Tamron was born on the 16th of September 1970 in Luling, Texas. She will turn 51-years old in a few months. Moreover, Hall is a former student of Temple University. While at the institution, she received a BA in Broadcast Journalism.

Tamron’s career in journalism has stretched on for nearly three decades. She is able to grab several awards in the process. These include a Daytime Emmy, an Edward R. Murrow Award, and even a Gracie Award for Outstanding Talk show.

Examining her exploits in literature, we found that she has authored books like As the Wicked Watch, which is available for pre-order.

On Instagram, Tamron boasts a remarkable following of 993K followers. She uses this platform to talk about social issues she believes in. For instance, she once highlighted the importance of mental health.

Tamron has been a journalist for about 27 years now. Her time on television helped her amassed an impressive net worth. While she was a part of NBC, sources reported that Tamaron Hall salary was $1 million. This is a figure that she earned again once she signed on to anchor the Today show as well.

Other than that, Tamron also makes a good amount of money for her work in literature. As of 2021, Tamron Hall’s net worth is $5 million.

With such wealth, it comes as no surprise that Tamron acquired property valued at $600,000 back in 2016, Additionally, she also owns multiple vehicles like a Mercedes Benz, and a Mini Cooper.