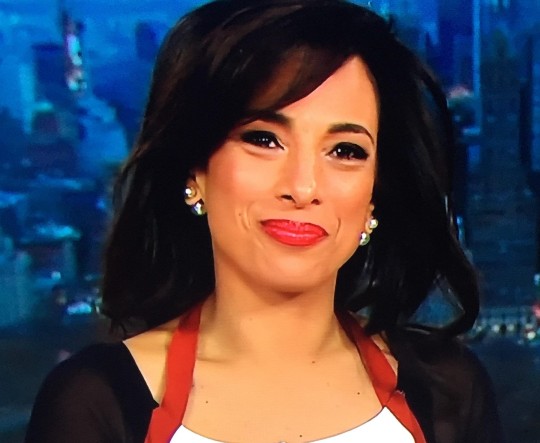 CBS News national correspondent Michelle Miller has often used the platform to report racial inequities, injustices, and discrimination. As a Black journalist, she has edited, produced, and published several pieces that touch on the same. However, her passion in the fight against racism doesn’t only come from being a minority; it’s also rooted in her family, down to the core. Here’s a highlight of Michelle Miller’s parents as well as her husband, Marc Morial.

Who is Michelle Miller?

Michelle Miller is a multiracial journalist currently serving as the national correspondent for CBS News. She also chairs the Saturday edition of CBS This Morning, Up to the Minute, and The CBS Evening News.

Her career began right after moving to the Big Apple, where she got a job as the substitute anchor on BET Nightly News. She interned at Nightline and the Minneapolis Star Tribune, the largest newspaper in Minnesota that tried to silence her views as a black journalist. The aftermath drove her to a job at Orange County News Channel, where she worked as an editor, producer, and reporter.

At some point in time, Miller also served as a reporter and news anchor for WIS-TV and WWL-TV while living in New Orleans. From her years as an experienced journalist, she taught broadcast journalism as a lecturer at Dillard University in the early 2000s.

Michelle Miller’s experiences with racism cost her an entire childhood to grow up without a mother. Instead, she was raised by her late aunt Edna who recently died of old age in Alabama, and grandmother, Beatrice Bessie Burson Miller.

Michelle took birth during the racial unrest of the late 1960s in Los Angeles. However, she grew up in South Central Los Angeles. She is of an interracial union between her black father, Dr. Ross Matthew Miller, and her unnamed white mother.

Her father Dr. Ross Was Assassinated.

Miller’s dad identified as a trauma surgeon, perhaps one of the youngest black surgeons at the time at age 22. Above all, he was also a political activist who placed his hopes in famed Senator Robert F. Kennedy before being brutally murdered. His political outrage began in 1964 when he tried buying a house in Compton but was denied because of his race.

He would then later have an affair with Michelle Miller’s mother, who worked as an administrator at the hospital. Her family were racists and disapproved of dating a black man. As a result, she hid her pregnancy and baby from her entire family as well as relatives.

Upon Michelle’s birth, she resumed her normal life, passing custody over to her father. Even after the political storm died down, she still wouldn’t budge.

All attempts of Michelle’s trying to reconnect with her failed even when her dad had cancer and the birth of her children. However, with the help of grandmother and aunt, she navigated the world, seeing it as it is through the lens of a multiracial kid.

During her tenure at WWL-TV, Michelle lived in New Orleans. During her late 20’s she met the love of her life and local mayor, Marc Morial.

After dating for a while, Marc proposed that she said yes and came to their union in 1999 at the St. Louis Cathedral in New Orleans. Marc was 41 at the time, ten years older than his young bride, aged 31.

They had the privilege of former United Nations Ambassador and Atlanta Mayor, Rev. Andrew Young, preside over the ceremony with over 1300 guests as witnesses. Fast forward three years later, the couple welcomed a son in 2002 and named him Mason. In 2005, they welcomed their daughter, Margeaux.

Who is Marc Morial?

Born Marc Haydel Morial, Michelle Millar’s spouse is an American political and civic leader who served as the 59th mayor of New Orleans from 1994 to 2002. He is also the current president of the National Urban League since 2003.

It’s also essential to point out that he is also a father of three with his eldest daughter, named Kemah Morial, from his previous relationship before Michelle Miller. Kemah recently married her husband, Dennis West, at The River View at Occoquan on May 3rd, 2019.