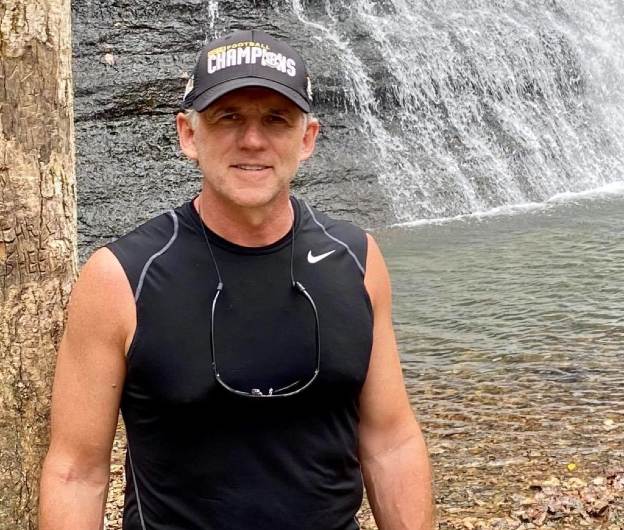 Randy Cronk is a Tennessee-based American insurance agent. He had a short-lived romance with the singer, songwriter, and TV presenter Kathie Lee Gifford in 2019.

In August 2019, Daily Mail first published a series of photos depicting Today show alum Kathie Lee Gifford dancing and making out with a mystery man. Photographed in Franklin, Tennessee, Gifford, and the mystery man swayed and danced together at a “Journey” tribute band.

According to an on-looker, Kathie was a little tipsy and looked in high spirits as she painted the town red with the man, who was subsequently identified as 56-year-old Randall “Randy” Crook. Around that time, Crook also appeared in several of Kathie’s Instagram posts, meaning theirs was not a one-time fling.

Furthermore, Gifford spoke exclusively to DailyMailTV in February 2020. Undoubtedly, the biggest takeaway from the candid interview was Gifford confirming that she was seeing someone. However, she never explicitly mentioned Crook by name. Instead, she called the mystery man a ‘sweet guy.’

“I have dated. I would like to find somebody, I’m a people person.”

Furthermore, she went on to say that she was dating a “sweet guy” and that,

“I told him how blessed I am. I feel very cozy in there, and he asked if I ever get lonely, and I said “every day.”

She began by saying that she was alone after her husband of nearly 30 years, Frank Gifford, passed away in August 2015. She consequently quit her job at NBC in 2018 and left for Nashville, Tennessee, from her home in Greenwich, Connecticut.

Her friends tried to rehab her by taking her to clubs, festivals, and church to cheer her up. Ultimately, Gifford came to enjoy it. During one of those outings, she met an “attractive man” who asked her for a dance. He promptly disappeared into the crowd.

As fate would have it, Kathie met Randy again a couple of weeks later. They danced longer this time around. Kathie said that Randy was initially intimidated by her, being a celebrity and all. Nonetheless, they hit it off right away and dated for a couple of weeks.

However, neither had any illusions about it being a long-term thing. In Kathy’s memoir, she said,

“He was nice. He was sweet to me, yet I knew from the beginning it wasn’t going to turn into anything other than that. We lived very different lives, and mine was about to get busy and hectic again… He understood, and I know we both said goodbye with a sense of gratitude for our fun time together.”

Kathie announced that she was single in September 2020.

Who Is Randy Cronk?

Randy Cronk is an insurance agent based out of Spring Hill, Tennessee. Cronk holds a Bachelor of Science degree in Computer Science from the University of Southern Mississippi.

Since late 2006, Cronk has worked at RMC Insurance Group, where he currently serves as its president.

At the time Daily Mail first reported about Randy Cronk back in 2019, he was 56 years old. By that calculation, he is around 58 years old at the time of this writing. He is nearly a decade younger than Kathie Lee, who, herself, will turn 68 later this year on August 16.

According to some sources, Randy Cronk has an estimated net worth of around $800 thousand. As the president of the national insurance firm RMC Group, Cronk reportedly makes upwards of $125,000 annually.