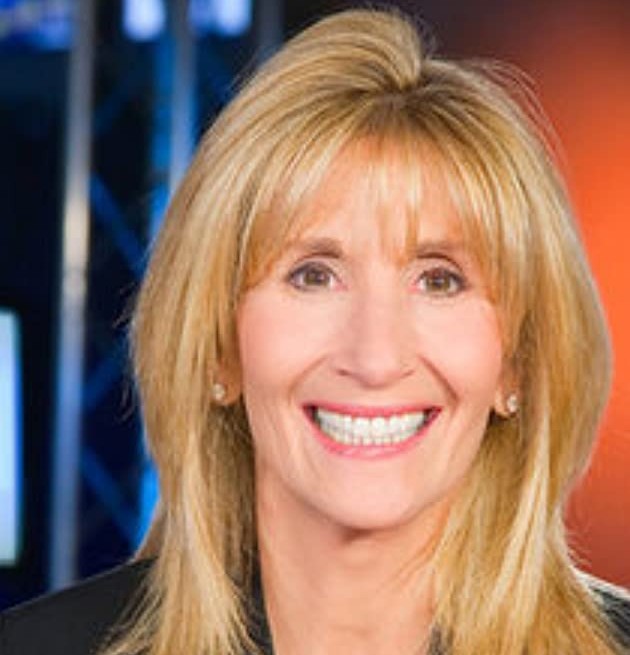 Jamie Gangel is an American television news reporter, admired for her outstanding journalism and professionalism. She is currently working as a news correspondent in the popular television channel, Cable News Network (CNN).

Born and raised in New York, she was a brilliant student throughout her high school. She pursued her Bachelor of Science degree from Georgetown University and later attended Harvard University to study economics.

Despite the early divorce of her parents, she had a good childhood. Born in a Jewish family, she was well aware of her faith and traditions.

Her contribution in the field of Journalism has been prominent around the world. Her influence towards the people as a successful journalist has been praiseworthy.

Jamie Gangel has been married to her bestselling author husband, Daniel Silva, since 1988. They met in the Middle East while working as correspondents in the late 80’s.

Furthermore, they both tied the knot in Washington shortly after they started dating back in those days. The relationship between the couple has been smooth and well-suited.

The duo is seen praising each other in numerous interviews and has only good things to say about each other.

Jamie Gangel’s husband Daniel Silva was a Catholic by birth. However, he changed his religion to Judaism right after he married his girlfriend, Jamie.

Jamie and Daniel were blessed with twin children, Lily and Nicholas, a few years after the marriage. The family has been happily residing in Florida for a long time.

Who is Jamie’s husband, Daniel Silva?

Daniel Silva was born in the year of 1960 in Detroit, Michigan but moved to California a few years after his birth. He pursued a degree in Bachelor of Arts from California State University.

Former CNN producer Daniel Silva achieved success in his debut novel by becoming the New York bestseller in 1996. His book The Unlikely Spy was recognized and loved by critics all over the world.

Her husband Daniel Silva then left his job in CNN in 1997 and got into full-time writing. He wrote multiple spy novels throughout these years, which the people widely accepted.

Jamie Gangel was born in the year 1955 in a Jewish household. Her father, Richard I, and mother, Judge Phyllis Gangel Jacob, divorced when she was just 11 months old.

She lived most of her teenage years with her mother, the Justice of the New York supreme court, and stepfather. Her stepfather, Bernard E Jacob, was a professor at Hostafa University.

After she attended universities and obtained some degrees, she got into the world of journalism in the late ’70s. She started working in WJLA TV in 1978 and worked at WTOPAM for quite a while as well.

It came as a shocker for most people when Jamie left her job at NBC, where she had worked for 31 whole years day and night. This award-winning journalist conducted interviews with six different presidents, actors, prisoners, and numerous other artists during her time on NBC.

In 2014 after more than three decades of working non-stop, she took a break from Journalism. For a short span, she spent most of her time with her family in Florida for a few months.

Later she joined CNN as a news correspondent in 2015 as she was ready to get back to work.

Gangel has reported about events around the globe from the day she joined CNN in August 2015. She covered stories about the crisis regarding different issues in the world.

She interviewed former president Donald Trump and multiple big names of the United States. Jamie is one of CNN’s most influential senior journalists, as many people there look up to her as a mentor.

Entering into the fourth decade of journalism, this experienced and highly talented journalist bagged multiple awards for her excellent work throughout these years. Edward R Murray Award, Gracie Award, Clarion Award are a few awards she won as a journalist and news anchor.

Working in a renowned television platform, CNN as a correspondent has its advantages, one of which is the high and satisfying source of income.

Jamie Gangel seems to be financially well off due to her long-term jobs in famous Television channels of the United States. Her forty years of non-stop journalism have been favorable to her income-wise.

According to the married biography, Jamie has an estimated net worth of around $ 1.5 million. This money is worth all these years of constant hard work from her side.

She has beautiful blonde hair as well as brown eyes. She is tall and looks fit and young for her age.

Gangel followed the Jewish tradition by birth as both her parents were followers of Judaism. After the birth of her children, Jamie made them familiar with Jewish tradition during their upbringing.