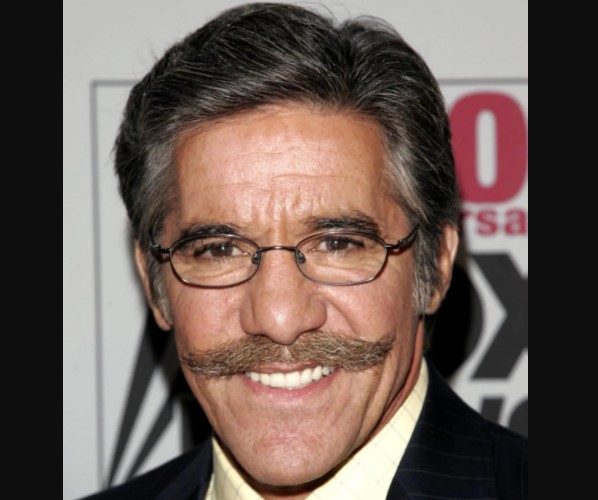 Geraldo Rivera, a veteran journalist, known as a Fox News Correspondents, is not new to controversies. The public is aware of Rivera’s five marriages, and those marriages gave him five children.

Simone Cruickshank Rivera is Geraldo’s fourth child with his wife, Cynthia Cruickshank Rivera. The native New Yorker was born on September 1, 1994. Despite the divorce of his parents, Simone is on good terms with both of them.

The 27 years old Rivera is a talented and smart lady. In 2013, Simone enrolled at Northwestern University in Chicago to take a Bachelor’s Degree in Political Science. Simone also spent a year at the French Science Po University as an exchanged student for a year.

The academic excellence of the young Rivera is indeed remarkable. She took up numerous jobs and internships during her college days. In addition, she worked as a research assistant for different organizations, foundations, and universities, co-authored a white paper, and created an annotated bibliography of the literature website.

In 2019, Simone decided to study again and pursue law at Yale Law School and continued to make her parents proud with her continuous excellence in her chosen field of study. Simone expects to finish her law degree in 2022.

Simone also loves to travel, and she was present during the Paris terror attacks with her friends. She and her friend were not harmed but were in proximity when the suicide bombing occurs outside the Stade de France Sports Stadium

Solita Liliana is the only child of Geraldo Rivera to his fifth and current wife, Erica Michelle Levy. Born on August 2, 2005, Liliana is the youngest among the children of Geraldo. The 15 years old daughter of two famous personalities has the privilege to live a luxurious life. Solita enjoys swimming, tennis, and piano while she attends Hathaway Brown school. Solita grew up doing volunteer works at the JCC’s therapeutic nursery in Tenafly, New Jersey.

Cruz Grant, Geraldo Rivera’s second child, is a father of three who lives in Washington Heights, Manhattan. His father, with decades of working in the media industry, is not new to controversies. In 2018, Cruz Grant was involved in a huge controversy where authorities charged him with criminal obstruction of breathing, a misdemeanor assault.

Megan Burke, Cruz’s ex-girlfriend, went to his apartment to get the belongings she left after their breakup. Upon her arrival to the apartment, Cruz allegedly jumped on her, pinned her to bed, and chokehold Megan, nearly making the girl pass out.

Although Megan did escape Cruz, the latter bit her on the arms and legs. Police arrived at the apartment after his roommate cal 911, but the two were already gone. Megan filed a police report later that day when she got home at Staten Island.

Authorities issued a restraining order to Cruz and can put him in jail for six months if not followed.

Aside from Megan Burke, Cruz had several relationships, but none of those ended up in marriage. The mother of his three children is also unknown.

In 2012, the veteran journalist again received a backlash from the public regarding his controversial comment towards Trayvon Martin, 17 years old African American fatally shot in Florida, and his hoodie. Later that day, Geraldo Rivera admitted to the public that his son, Gabriel Miguel, told him that he is ashamed of him.

Rivera’s comment on the incident sounds like victim-blaming, and many people disapproved of his stand, especially his son. According to Gabriel, it was the first time he felt ashamed of what his father wrote about the news.

Aside from Simone Cruickshank, Isabella Holmes is also the daughter of Geraldo Rivera from his fourth wife, C. C. Dyer. The 29 years old Isabella was born and raised in New York City. Like her sister, she also spent high school at the Spence high school, a private school for girls. Her love for travel and learning different cultures pushed her to take Bachelor’s in Arts at the New York University.

Although her parents are divorced, Isabella is on good terms with his father. She joined his father at Del Frisco’s to attend Sean Hannity & Friends Celebrate the Publication of The Geraldo Show, A Memoir by Geraldo Rivera, in April of 2018.

Geraldo Rivera, getting married for the fifth time, is not new to the public’s eyes. The veteran journalist has five wives.

Linda Coblentz was his first wife, and the relationship lasted only from 1965 to 1969. The two did not share a child. After his divorce from Coblentz, Rivera married a painter, Edith Vonnegut, in 1971, but their marriage lasted only four years, and they got their divorce in 1975.

A year after his divorce from Edith, he again married Sherryl Raymond in 1976. They welcomed their son, Gabriel Miguel, in 1979 but ended their relationship in 1984.

With his fourth marriage with Cynthia Cruickshank Dyer, Rivera had two beautiful daughters. His relationship with C.C. Dyer ended in 2000.

Erica Levy is Rivera’s fifth and current wife. They got married in 2003 at welcomed their daughter Solita Liliana.