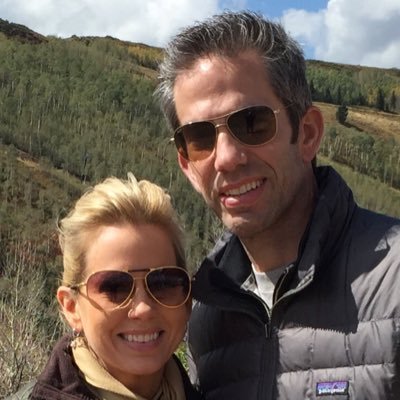 Shannon Noelle DePuy Bream is a famous attorney, journalist, and former beauty pageant. The 51-year-old, who is to turn 52 in a few months, has an American nationality and is of white ethnicity.

Shannon first gained popularity during her teenage years when she participated in Miss Virginia and Miss America beauty pageant contests. Looking at her educational background, she graduated from Liberty University with a bachelor’s degree in Business Management.

Additionally, she went ahead to pursue law at Florida State University. Since graduating, she has worked as an intern at the United States House of Representatives and became an Attorney General in Florida.

However, Shannon diverted to the journalism field and began working as a reporter for various stations such as CBS, Fox News, NBC, and WBTV. Let us now dive into more details concerning her and her husband’s health.

What Disease Does Shannon Bream Have?

Just after Shannon had celebrated her 40th birthday, she woke up one day with a medical situation that affected her usual way of living. During one of her interviews, Shannon shared that she has been battling a genetic eye disorder, Map-Dot-Fingerprint Dystrophy.

This condition mainly affects the epithelium of the cornea and mainly affects humans aged 40-70 years. Shannon had started developing a lot of pain in her eyes, especially when she tried to sleep, and she had been managing the pain using eye drops for about two years.

Migraines and even double vision would accompany this pain. When she tried to seek medical assistance, her doctor would always dismiss her, saying she was overly emotional.

At some point, her struggle made her feel to take her own life to end her suffering, but fortunately, it has never come to that. Luckily, she contacted Dr. Thomas Clinch, who diagnosed her with the disorder and began her treatment process.

At last, she could now sleep through the night due to her medications; ointments, saline solutions, and eyedrops. Shannon also underwent laser eye surgery in 2017, which was meant to correct her vision.

As a result, her eye condition has become more manageable, and the pain is not as frequent as it used to be. Interestingly, she has written about her medical journey in one of her books, Finding the Bright Side.

Shannon Bream is happily married to her husband, Sheldon Bream. Sheldon is an entrepreneur and is commonly known as the husband of famous journalist Shannon Bream.

The couple has been married for almost three decades and is still together. Sheldon celebrates his birthday every year on the 30th of October and is currently 51 years old.

However, he was once diagnosed with a brain tumor during his early 20s when he was still studying in college. This was a huge surprise as he was known to be very athletic and fit during these times.

In one interview, Sheldon disclosed to the public that his condition began with a sharp ringing pain in his ear. He immediately went to the hospital, and after numerous medical tests, he was diagnosed with a brain tumor.

For treatment, he opted for tumor-removal surgery, which unfortunately left him with facial paralysis. A miracle happened just before their wedding day; his mouth moved, which according to the doctors, was a sign of recovery.

Over the years, he has continued to recover and is doing very well.

As of 2022, Shannon and her husband are living healthier lives than in the past years. Shannon states that her eye condition has improved, whereas Sheldon has completely recovered from his brain tumor.

However, there have been rumors that Shannon is allegedly pregnant, but this is yet to be confirmed.