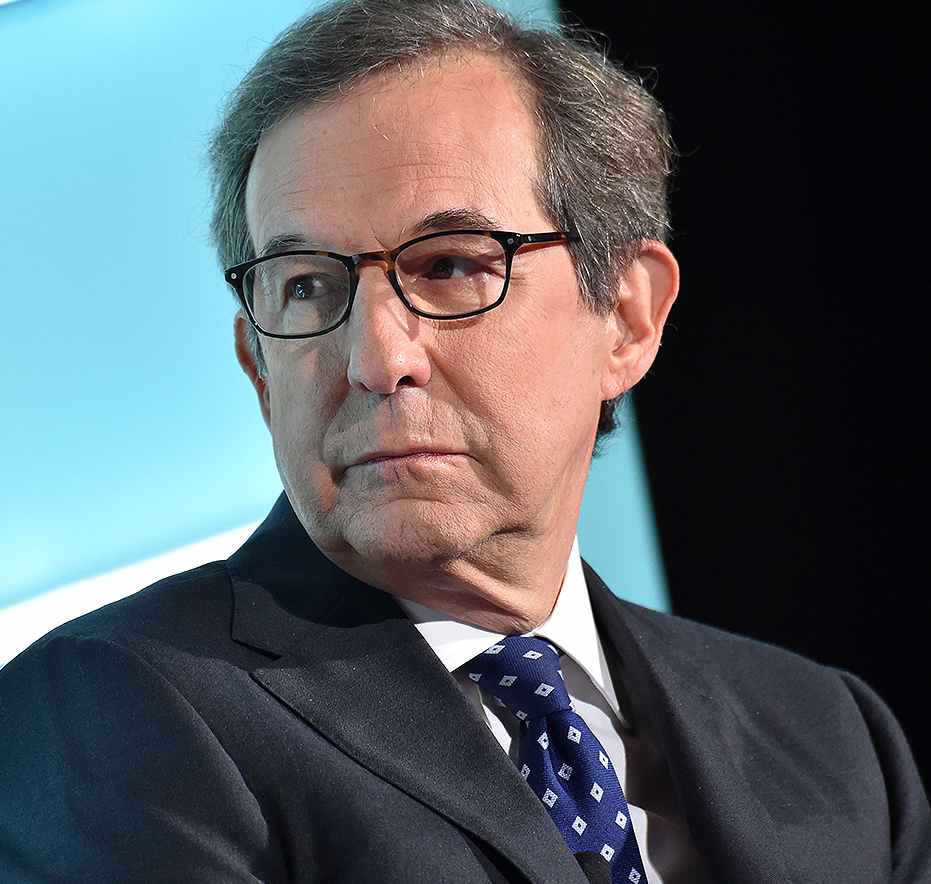 Chris Wallace is one of the giants in the world of journalism. Wallace is ranked amongst one of the reliable TV reporters of all time. Some may know him as a journalist on Fox News Sunday. However, most news enthusiasts recognize Wallace as a moderator of multiple major U.S. political talk shows. He was also the moderator of the 2016 and 2020 United States presidential debates. Meet his wife Lorraine Martin Smothers and their kids.

Born on October 12, 1947, Christopher Wallace has gathered immense respect from everyone at 73. Putting bold questions to the table when conducting interviews is what makes Wallace a favorite among the fans. People even compare his traits to his father, Mike Wallace. So far, Wallace has interviewed Donald Trump, Barrack Obama, Vladimir Putin, etc.

Besides being an accomplished journalist, this multiple-time Emmy award winner is also famous for marrying a new wife and having numerous children.

As of 2021, the 73-year-old journalist, Chris Wallace, resides with his second wife in Washington, D.C. Wallace married Lorraine (Martin) Smothers in 1997 after divorcing his first spouse. The wedding details of the Wallace couple are still a secret. As fate would have it, this was also a second marriage for Lorraine Smothers.

Talking about life after marriage, Wallace and Smothers seem to have a busy schedule. While being a successful woman herself, Smothers is also a dedicated wife and mother. Smothers’s routine changed as her husband and children had different plans.

When Wallace began doing the morning shows, Smothers woke up every Sunday at 5:15 a.m. to get Wallace ready. As soon as she was done with her husband, Smothers would have to feed their children right away. Since it was stressful to provide everyone, Smothers came up with the idea to feed them soup as it is quick to make and nourish.

Nonetheless, Smothers and Wallace have been living together for 24 years now and seem to be in good harmony. As of now, Wallace and Smothers reside in their Washington residence, whose value is $1.1 million.

Similarly, the Wallace couple also has a property in Maryland where all the family members gather together.

Lorraine Smothers is a successful cookbook from Virginia who came to the limelight for tying the knot with Chris Wallace. Smothers is the rightful writer of Mrs. Sunday’s Soups cookbook, which she wrote in 2012 after her husband publicized it on live tv.

Previously, Smothers wedded Dick Smothers, a decent comedian known for his 60s comedy show Smothers Brothers Comedy Hour. Lorraine met Dick when she was on the show backstage. She wedded Dick in 1986 at 27 years of age, whereas Dick was 47. Lorraine ended her marriage with Dick in 1997 after giving birth to two daughters.

Wallace and his wife have a total of six children who come from their previous marriages. However, Wallace never had any children with Smothers. Both agreed to be step-parents of each other’s children.

Chris Wallace’s marriage with his first wife gave him Peter, twins Catherine and Andrew, and Megan. Similarly, Smothers had Sarah and Remick from Dick Smothers. Sarah is her oldest child, who was born in 1987. Similarly, son Remick’s birth year was 1989.

All six kids grew up with Catholic traditions. However, despite being famous, all of Wallace’s children are living a lowkey life.

Many may not know, but Wallace was previously in a married relationship with Elizabeth Jane Farrell.

However, Wallace’s first marriage did not last long.

Reports have it that Wallace met Farell for the first time in Boston, Massachusetts. At the time, Wallace was a struggling reporter. Soon after graduating from Harvard, Wallace had plans to study at Yale University. However, he stuck around in Boston to get some employment before continuing his studies.

Wallace began working at city hall reporting for the newspaper, and he met Farrell, who was working at Boston Redevelopment Authority. After being promoted to Director of Federal Financing, Farrell had earnings much higher than Wallace, who now has $12 million of wealth.

Soon after getting a job as a reporter for WBBM‐TV, Wallace and Farell tied the knot. Wallace’s walked down the aisle with Farell on May 12, 1973. Similarly, the ceremony was held at Rumford’s Roman Catholic Church. Big names like John E. Farrell, Bill Leonard, etc., attended this ceremony.

After marrying, Farrell and Wallace moved to New York and Washington, D.C. They owned a two-story house whose value was $1.5 million.

However, after nearly a decade into their marriage, Wallace and Farrell went separate ways. There is no news covering Wallace’s divorce from his ex-wife.

Chris Wallace is married to his wife and has spent over two decades with her. Previously, Wallace broke up with Elizabeth Farrell. Furthermore, Wallace has never been spotted with men. Hence, this indicates that Fox’s journalist is not gay.