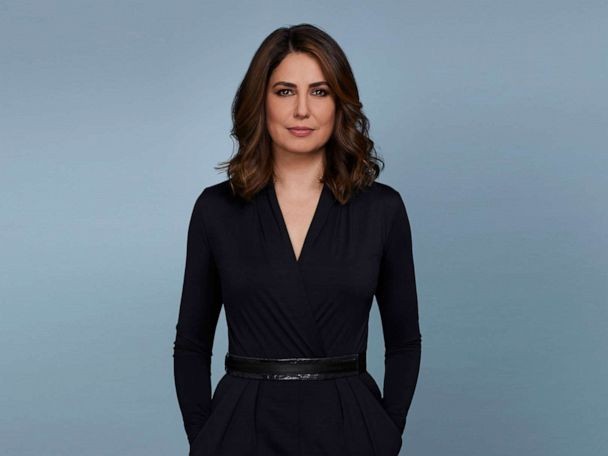 Cecilia Vega is an American journalist, reporter, and the chief White House correspondent at ABC News. Previously, she was a rotating anchor on ABC World News Tonight. Read this to know Cecilia Vega’s salary and meet her husband Ricardo Jimenez.

Vega was born Cecilia Marcellina Vega on January 7, 1977. Thus, she is 44 years old at the time of this writing. Likewise, born to Latin-American parents, Cecilia has a younger brother named Nick.

A native of San Francisco, California, Cecilia attended Salesian High School in nearby Richmond. Furthermore, she went on to attend the American University School of Communication.

Moreover, Cecilia started her career as a journalist for The San Francisco Chronicle. During this time she revoiced several industry awards for her coverage.

Subsequently, Cecilia reported for KGO-TV, ABC’s affiliate in San Francisco, California. During her three years at KGO, Cecilia covered a swathe of news stories. In addition, she grabbed several awards for her contribution, including a News & Documentary Emmy Award in 2010.

Furthermore, in 2011, Cecilia moved to the flagship ABC News network as a New York correspondent. Despite based out of LA, Cecilia traveled to the ends of the earth, including places like Japan, Rome, London, and the Arctic, reporting on national and international issues.

Likewise, her high-profile coverages include stories like the Fukushima nuclear meltdown, the Olympic games, the Ebola virus outbreak in the US, and the Bill Cosby sexual assault allegations. In that vein, she made appearances on several ABC newscasts, including “Good Morning America,” “Nightline,” and “20/20.”

Further, things eventually settled down for Cecilia when she became a rotating anchor on “ABC World News Tonight“ in 2015.

In early 2017, Cecilia was named the chief ABC White House correspondent. Hence, she reported out of the oval office during Donald Trump’s presidency, including stories like the Russian collusion allegations, immigration policy, COVID-19 response, etc.

Currently, Cecilia is deep in the trenches of the White House, reporting on Joe Biden’s presidency.

Cecilia Vega is married to Ricardo Jiménez. Her husband is a California Highway Patrol officer. Moreover, they have been together for nearly 13 years, having tied the knot on August 16, 2008.

Vega made a sweet post on her Instagram in August 2018 to commemorate “the best decade of my life” with Ricardo. Furthermore, she went on to call Ricardo the best person she has ever known and that she would marry him “one thousand million times over.”

To conclude, Vega professed her love for Ricardo and ended by saying, “10 years down, a lifetime to go.”

Likewise, Cecilia and Ricardo are “co-parents” to Jalisco Jiménez, their Boston Terrier pup. Jalisco is something of an Instagram celebrity himself, with over two thousand followers and growing.

Ricardo Jimenez is a Highway Patrol officer in the state of California. Moreover, he made headlines in late 2014 for his courageous actions that saved a man’s life.

On September 24, 2014, Jimenez was on a routine patrol when he happened to stumble upon the scene of a traffic accident. When he arrived on the scene, Ricardo saw a man perched atop the Bay Bridge ledge.

In addition, Jiminez tried to communicate with the clearly intoxicated man on the verge of falling hundreds of feet below. Ricardo coordinated with a couple of other officers to detain the person. Moreover, as the man began slipping, Ricardo lunged at him and saved him from falling to his death.

Ricardo sustained minor injuries in the ordeal but was able to save the man’s life successfully.

Thus, his heroics earned him praise from Captain Christopher Sherry, who called his actions “commendable” and went on to say, “Officer Jimenez lived up to his sworn oath as a public protector that afternoon.”

Furthermore, Capt. Sherry went on to laud Ricardo’s heroics for putting his life at risk to live up to his sworn oath. Finally, Capt. Sherry ended his statement by calling Ricardo a “true hero.”

According to CareerBliss.com, ABC News employees typically make around $60,000 per year on average. However, Cecilia is significantly higher-placed than the generic ABC employee. She is the chief White House correspondent and formerly hosted “ABC World News Tonight.”

Therefore, her base salary is substantially higher, perhaps in the six figures. Due to her tenure and position at ABC News, Cecilia Vega has an estimated net worth of $2 million.