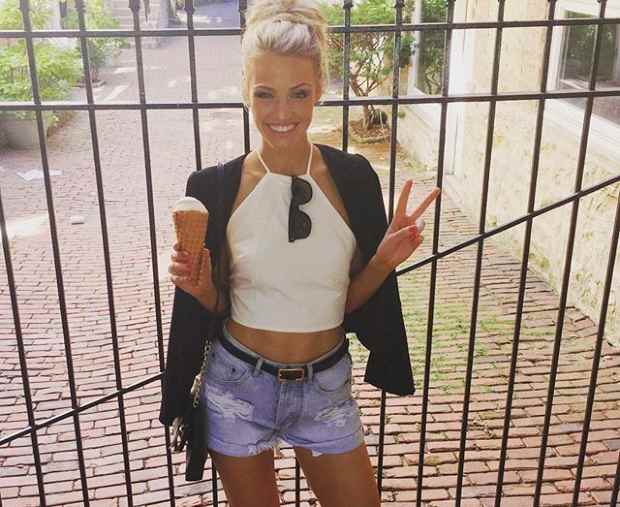 Carley Shimkus is one of those anchors known for their tenacious coverage of the news happening in the world. But, most importantly, Shimkus rose to prominence for her twelve-year-long journey with the Fox network. Read to know Carley Shimkus Salary & Measurements.

Who is Carley Shimkus?

Carley Shimkus is one of the familiar faces of the Fox brand. Shimkus is an American news anchor who is known for relentless coverage of various news. Currently, Shimkus co-hosts Fox Nation. She also headlines for Fox & Friends First and Fox & Friends.

As of now, the 24/7 Fox News reporter is living a happily married life with her equally triumphant husband.

Carley Shimkus Salary and Net Worth

Shimkus has accomplished a lot in 12 years of her career with the Fox network. However, she earned different salaries while working as a producer and full-time journalist. Various sources confirm that Carley Shimkus has an earning of $68K. Though Shimkus is yet to ensure her earnings, a Fox News reporter of her position usually makes $76k on average.

Nonetheless, the earnings from her profession have made Shimkus worth $1 million in 2021.

This native of New Jersey has the body of a fitness model. As a matter of fact, Carley tried her hands-on modeling during high school.

Here are her body measurements:

Carley Shimkus is currently tied up with the 34-year-old Peter Buchignani. Peter is a senior sales expert from Bloomington, Illinois, and was born to Mary Edna and Leo Buchignani. Additionally, Carley’s husband graduated from Princeton University in 2009 with credentials in politics. Moreover, Peter has an athletic build body which he developed after playing college football for three seasons.

Profession-wise, Peter commenced his career at Barclays Capital as a sales analyst. Later, he joined Deutsche Bank as an MBS Sales. But since March 2015, Peter changed cities in Illinois to work for Amherst Pierpont Securities as a Securitized Products Sales.

How Did Carley Meet Peter?

Reports suggest that Peter and his now-wife, Carley Shimkus, met on the 23rd birthday of Carley. Initially, Peter and Carley were friends until they started dating in 2013.

On August 8, 2015, Carley Shimkus and Peter Buchignani came into the union when they walked down the aisle for their wedding ceremony. Carley arranged most of the ceremony plans, and her husband agreed to them all except for the wedding music. Moreover, the Fox anchor revealed in an interview in Fox Nation’s “Ride to Work” that Peter wanted the Game of Thrones theme song and Michigan fight song.

As of 2021, Carley and Peter have remained as a couple for six years. However, Carley does not have any child with Peter. Additionally, both of their jobs keep them from spending time as husband and wife. Carley is in New York, whereas Peter is in Chicago.

We know that Carley’s multiethnic parents raised her. Furthermore, Carley’s mother was Zulma, whose original name is Aponte, and she is a flight attendant who comes from Puerto Rico.

Likewise, Edward Shimkus is Carley’s father, and he is of Lithuanian descent. From 2013 till now, Carley’s father works as an account manager at Galata Chemicals in New Jersey.

Carley grew up with an elder sister whose name is Margot Shimkus.

Carley Shimkus completed her high schooling from New Jersey’s West Morris Central, situated in Chester. Similarly, after being done with high school, Shimkus held a degree in journalism in 2009 from a private institution, Quinnipiac University. Upon graduation, Shimkus got the opportunity to intern at Fox News in D.C.

Despite coming from a multiethnic background, Carley was born in America. Hence, Carley Shimkus holds an American nationality.