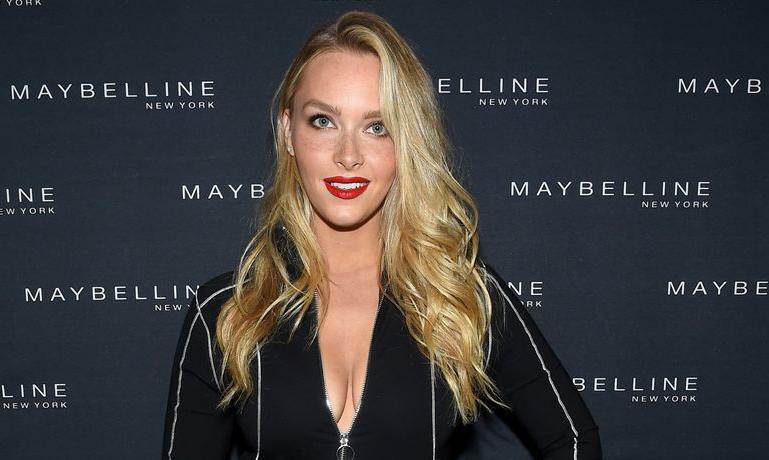 Camille Kostek is a TV personality, actress, and game show host. A Sports Illustrated cover model, Kostek is most known as the host of the TBS game show “Wipeout.” Read to know her Age and measurements.

Who is Camille Kostek?

Camille Kostek is multi-talented and has dabbled in modeling. She is also an actor, professional cheerleader, game show host, and entrepreneur.

The daughter of a gym instructor mother, Camille had to push herself to live up to her mother’s lofty expectations. As a result, she began training in ballet at the age of 3. In addition, Camille also dabbled in cheerleading, lacrosse, and emceeing at high school.

Despite being varsity cheerleader and lacrosse captain, Kostek chose Communications as her major with a business minor. Subsequently, Kostek earned her degree from Eastern Connecticut State University.

She cut her teeth in New England, working for local affiliates of mainstay TV networks like ABC, CBS, and Fox. In that vein, Kostek has emceed art and culture festivals like South by Southwest, sporting events like the Super Bowl and the National Hockey League, and music festivals like Levitate Music Festival.

Concurrently, Kostek also built up her modeling portfolio with modeling contracts for such agencies as WME, One, Select, and Elite. In addition, Kostek has modeled for brands like Ciao Bella, L’Oréal, Victoria’s Secret, and Reebok. Furthermore, she has graced the covers of magazines like Sports Illustrated, BELLA, and Ocean Drive.

In addition, Camille made her film debut in 2018’s I Feel Pretty. She will star alongside Ryan Reynolds and Jodie Comer in the upcoming sci-fi comedy-action film Free Guy. Furthermore, Kostek will star in her first feature film when she debuts in the forthcoming sci-fi flick Monsters of California.

Several online sources place Camille Kostek’s net worth at around $3.4 million. A woman of many talents, her wealth, thus, comes from several sources.

Besides her earnings from several hosting, acting, and modeling gigs, Camille is also an entrepreneur. In 2018, Kostek dropped her signature jewelry line with Dune Jewelry. Additionally, in May 2021, Kostek partnered with “Swimsuits for All” to release her signature swimsuit line, promoting an all-inclusive and body positivity motto.

In addition, Camille is also an ever-growing presence on social media. She currently has nearly 1 million followers on Instagram. Besides that, Camille is also on TikTok with over 300 thousand followers and has a strong following on Twitter and YouTube.

Camille Kostek was born Camille Veronica Kostek on February 19, 1992. The Killingworth, Connecticut native is 29 years old at the time of this writing. Her father, Alan Kostek, is a general contractor, and her mother, Christina Decosta, is a gym manager.