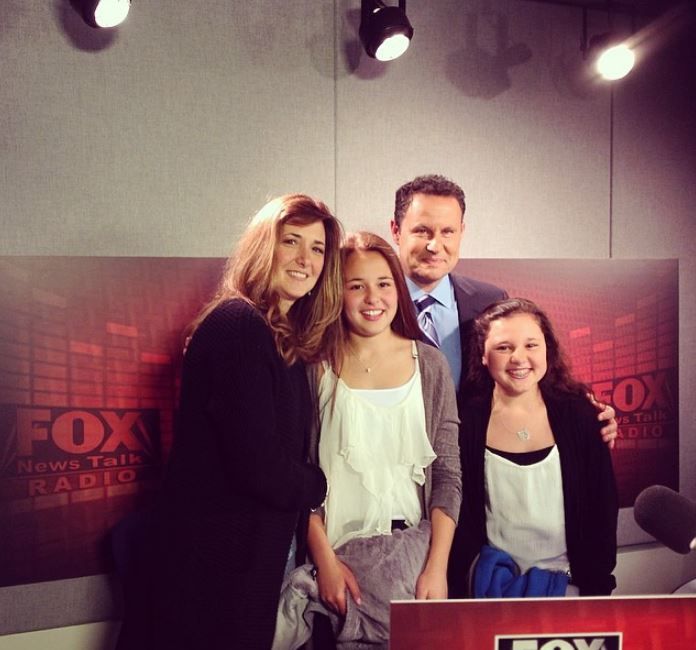 Brian Kilmeade is a 58-year-old American political commentator on Fox News. His career in journalism involved him in radio and television broadcasting, where he was a co-host for Fox & Friends and a broadcaster for Fox News Radio on The Brian Kilmeade Show. Read this to learn about Brian Kilmeade’s wife, Dawn Kilmeade, and their love life.

Aside from his work as a radio presenter, he also hosts One Nation. Kilmeade is the second son of James Kilmeade Jr. and Marie Rose D’ Andrea and was born on May 7, 1964, in Massapequa, New York.

He studied at Massapequa High School, then graduated college with a B.A. in Communications from Long Island University in 1986.

In 1997, Kilmeade was a sports reporter in FNC. He then got the role of host in the morning show FOX & Friends in 1998. Kilmeade’s morning program became number one in news television for three years and has remained number one for 20 consecutive years.

His programs on cable news and FOX News Audio were one of the most popular in the U.S. he also has 2 million listeners in his daily show podcast. Aside from being a T.V. and radio presenter, he is also an author of various New York Times bestselling books.

Brian Kilmeade is Married to his Wife, Dawn Kilmeade

On December 3, 1993, Kilmeade married his wife, Dawn Kilmeade. The couple’s marriage resulted in three children. As of current, Kilmeade, along with his family, is in Long Island at Massapequa.

The couple’s marriage has lasted for almost 30 years as of current and counting. Reminiscing their love story, the couple expressed that “The Power of Love” is the song that well reminded them of the moment they officially tied the knot.

Last December 3, 2016, Dawn and Brian celebrated their 23rd wedding anniversary. On Brian’s Instagram account, he does not post anything about his family since his main photos are only about his work.

Who is Dawn Kilmeade?

Dawn Kilmeade is an American celebrity and the wife of the famous television and radio presenter Brian Kilmeade. Her name changed from DeGaetano to Kilmeade when she married her husband.

She is a 58-year-old housewife and a mother of three. Dawn was born on April 17, 1964, only the same age as her husband, and was born in New York City, United States.

To the public eye, she is only known as Brian’s wife, and it is known that she looks to keep her family’s private life to themselves as information about her is still undisclosed. This may be why her husband is not showing pictures of his wife and family on his Instagram account.

The husband and wife, Brian and Dawn Kilmeade’s marriage had resulted in three children. Their eldest child is Bryan Kilmeade, born in October 1996 and is 25 years old.

He graduated with a bachelor’s degree in Sports Management at Syracuse University, where he interned in the recruiting office of the football team. Dawn and Brian’s second child is Kirstyn Kilmeade, who also plays soccer just like her father.

She attended high school at Massapequa High School and graduated in 2019. Kaitlyn Kilmeade is the last child of the Kilmeade couple, born in 2003.

In April 2017, she once appeared in a segment on Fox & Friends when she was only 14 years old. She likes playing soccer like her father and her older sister, Kaitlyn.

Like their mother, and their three children, Brian do not have much information about their private lives. Their schools, where they graduated, and their birthdays were the only information present.