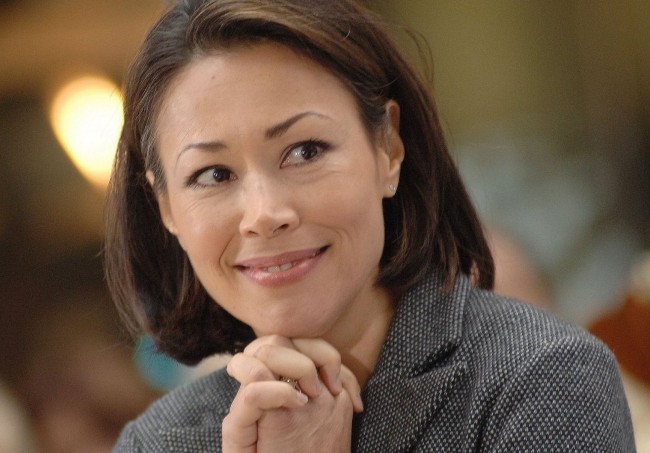 One of the polarizing personalities in the news industry is Ann Curry. Ann Curry brings over two decades of knowledge in journalism and is one of the most beloved anchors. Along with Curry is her equally successful husband, Brian Ross.

Who is Ann Curry?

Ann Curry, 63, is a prolific journalist famously known for reporting at the Today show. Curry was born to a Japanese father and an American mother on November 19, 1956. Also, Anna carries a mixed heritage of English, German, Japanese, and Irish.

After completing her high school at Ashland High School, Curry enrolled in a journalism program at the University of Oregon, where she graduated as a journalist in 1978.

Soon after graduating, Curry began her career by working in numerous stations such as KTVL, KGW, KCBS-TV, and finally joined NBC News as a correspondent in 1990.

However, it was not until 1997 that Curry started gaining attention as she became the reporter of the Today show. Until her tenure in 2012, Curry has unearthed some of the biggest international news from Sri Lanka, Baghdad, Congo, Albania, Rwanda, and Darfur.

As of 2021, Ann Curry is living a perfectly married life with her university lover, Brian Ross. Curry met Brian while attending classes at the University of Oregon. Upon graduating, Ross and Curry continued their relationship for at least a decade. However, Ross and Curry refrained from tying the knot any time soon as both focused on their career first.

However, on October 21, 1989, Curry tied the knot with Ross to officially become husband and wife. Thirty-two years after their marriage, Curry now resides with her husband in New Canaan, Connecticut.

Similarly, Ross and Curry gave birth to two children. They are an elder daughter, McKenzie (or Mac), and a younger son, William Walker Curry Ross. When McKenzie and William were children, they would welcome their mother home and thank her for saving the world.

The 64-year-old anchor is close to her daughter, who is 28 years old now. Though McKenzie is living a lowkey life currently, she was in the highlights for being a fashion enthusiast, just like her mother.

In 2007, the mother and daughter featured in Teen Vogue magazine. The purpose of this was not to show off their fashionable clothing but to raise money for donating to helpless children and women in Ethiopia. McKenzie wore a pink Thakoon dress, and her mother won the bid for that dress.

Mac has also done other charities like helping the people living with HIV/AIDS in Africa.

Who is Brian Ross?

Brian Ross is a successful man who is the CEO of a wealth managing company called FIX Flyer. Ross and his partners launched Fix Flyer in 2005. However, before Ross could lay hands on the giant shark, he trained himself to be a software expert. In addition, Ross has recognition from NASA for his leadership in their Outerspace software project, which involved developing software for Galileo, Hubble, and Voyager.

Though Ross graduated from the University of Oregon, he gained education from Johns Hopkins and Claremont Graduate School in Engineering, business, and the IT sector. Likewise, before opening his own money managing company, Ross worked in a similar company called Blackrock in Wall Street.

What Happened to Ann Curry on NBC News? Why was She Fired?

It seemed as if Ann Curry had a lifelong relationship with NBC News and appeared never to leave the show. However, in a shocking turn of events, Ann Curry parted ways with the network after her last performance on June 28, 2012. Curry was in tears on her final day as she expressed her gratitude towards her colleagues and audiences.

However, what raised the attention of the fans was that Curry had not voluntarily left NBC. Instead, the NBC executives fired her. Finally, after nearly eight years of having her contract terminated, Curry opened up a dark truth.

Initially, NBC revealed that they fired Ann Curry because of her lack of chemistry with Matt Lauer. But that was no good point to fire someone as good as Ann Curry. Turns out that NBC fired Curry for protesting against internal harassment against women. Also, Curry accused Matt Lauer that he had his hands on it. Many believe that hearing this accusation, Lauer encouraged the NBC executives to get rid of Curry.

Ann Curry is the famous face of NBC’s Today show. Curry has diligently devoted herself to covering every news and asking the needed questions in her thirty-year career. Her unparallel experience as a journalist has made her worth $10 million as of 2021.

Though Curry’s exact salary is still a mystery, sources report that experienced NBC News Correspondents can make up to $201,000.

Similarly, speaking of experienced individuals, her husband, Brian Ross, is a Software Executive who whoops in a net worth of $2 million.

Previously, Curry and Ross resided in an apartment in New York that cost them $2.9 million in 2003.

What is Ann Curry Doing Now?

In recent memories, Ann Curry has made her return to the television once again. Four years after her controversial exit from the NBC, Curry appeared in the U.S. Conference of Mayors to coordinate a panel discussion between Lady Gaga and the Buddhist Dalai Lama.

Similarly, Curry made her way into the tv network when she appeared in the PBS documentary series named We’ll Meet Again with Ann Curry in 2017. This was Curry’s first show where she was the host and co-producer.

Lastly, Curry continues to do charity works. Curry also attends certain events, such as the WE Day in 2016. In addition, curry appeared as a guest co-host on The View in 2018 to discuss her Today Show departure.

In August 2019, Curry signed a contract with the TNT network to host the show Chasing the Cure, which ran for one season.