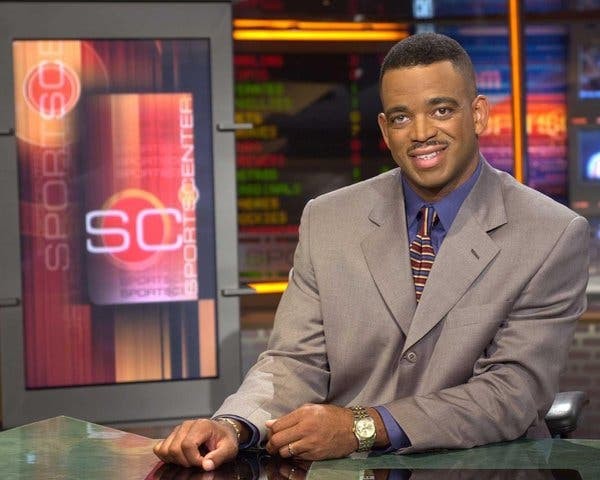 Stuart Scott was a Chicago-born journalist and sports anchor who worked with ESPN. His name was synonymous with Sports Centre, particularly as he covered basketball and American football games. Most fans remember him fondly for his urban and unique method of reporting, which resonated with the younger audience.

2007 marked a dark chapter in Stuart’s life as the doctors diagnosed him with cancer. He would pass away eight years later after a prolonged fight with the disease. Read about Stuart Scott’s two daughters with his ex-wife, Kimberly Scott.

Stuart and Kimberly first met back in the 90s, and their relationship blossomed into marriage soon after. The two walked down the aisle in 1993 in front of their closest friends and relatives. As Stuart was building a reputation in the world of broadcast, he made the very smart decision to keep his wife and family out of the limelight.

Sources report that he often refused to take pictures with other women and cheerleaders in fear that it would lead to speculations about his marriage.

During interviews, he’d also ask to leave his wife and children out of the conservation completely. Stuart and Kimberly’s marriage took a turn for the worst in 2007 as they separated before eventually filing for a divorce.

The court ordered Stuart to pay quite a hefty sum of money for child support and alimony. He paid $600,000 every year to his wife and an additional $636 to his kids every week.

Moreover, Stuart also covered the entirety of his kid’s private school education. He’d even allocate a significant sum of money for his youngest daughter’s college education. On Kimberly’s part, sources say that she went back to school to attain her post-graduate degree.

Unfortunately, she wasn’t able to do so because of her commitment to her children. Instead, she decided to use some of her alimony money to invest in the pharmacy business which her family-owned.

Stuart and Kimberly had two daughters before the former passed away. Their first child, Taelor, was born back in 1996. Presently, she is set to turn 25-years old. Taelor is currently an amateur writer and director who has three minor films to her name. These include titles like The Ballad of Chocolate Mabbie, Mod Squad, and the Spectacular Paper Caper, and Baltimore Whoosh.

Her younger sister, Sydni, was born back in 2000 and is 21-years old currently. She is a student at Columbia University, presently pursuing a BA in Political Science.

Additionally, Stuart Scott’s daughter, Sydni is also quite athletic and competes in the school’s track team. Growing up, it is fair to say that Stuart gave his daughters the best life imaginable. They even got to attend the NBA finals and meet the President of the United States.