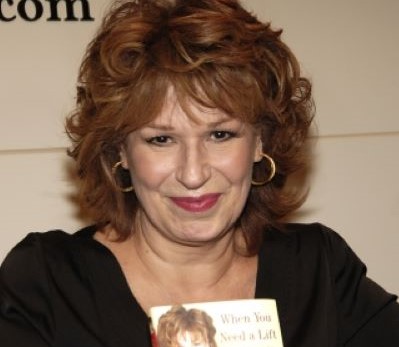 Joy Behar is a TV host, comedienne, and author. In addition, she has a co-hosting job on The View on ABC. Joy had her show on HLN entitled The Joy Behar Show. It ran from 2009 to 2011.

In 2012, she had another TV show entitled Joy Behar: Say Anything. The show ran for one year on Current TV. Two years later, she had her talk show entitled Late Night Joy that aired on TLC. Joy Behar is also a celebrated author.

According to celebrity net worth, the funny television host has a $30 million net worth as of 2021. Her income comes primarily from her co-hosting job at The View. Behar earns a whopping $7 million annual salary from The View. She also makes revenues as an author.

In addition, the income from her product endorsements also adds to her net worth. But it does not compare to her earnings from co-hosting The View. Joy has also invested in some prime real estate through the years. She buys excellent properties, remodels them, and then sells them for a higher profit.

Joy Behar is not Jewish. The funny TV host is, in fact, Italian. Ever since she started her career on television, she has always been mistaken for a Jew. This may be because of her manner of speaking that resembles that of the Jewish. The comedienne clarifies that she does not have a drop of Jewish blood in her. Joy Behar has Italian and American roots.

Joy Behar attended high school at the Washington Irving High School. Then she proceeded to take her degree in sociology at Queens College in New York. After getting her sociology diploma in 1964, she then proceeded to take her English master’s degree at the Stony Brook University. Joy Behar met her husband during her stay in Stony Brook. They got married before she finished her degree.

Joy was born on the 7th day of October 1942. She is a certified city girl, born and raised in Brooklyn, New York. Her parents named her Josephine Occhiuto. Joy was an only child, but she came from an extended family. This is a typical setup in Italian families.

The mother of the comedienne worked as a seamstress while her father made a living driving truck. Her childhood was a happy one filled with love from her vast family. As a child, she already had a passion for the performing arts.

Joy and her parents often explored museums and watched shows in the theatres. Joy Behar was once wed to Joe Behar. The marriage lasted from 1965 to 1981. The couple has a daughter named Eve.

In 2011, Joy married Steve Janowitz. Additionally, Joy is a proud grandmother to Luca, the son of her daughter Eve. Joy and her husband are now enjoying a laidback life in the Hamptons. The TV host likes to live a quiet life when she is not on television.