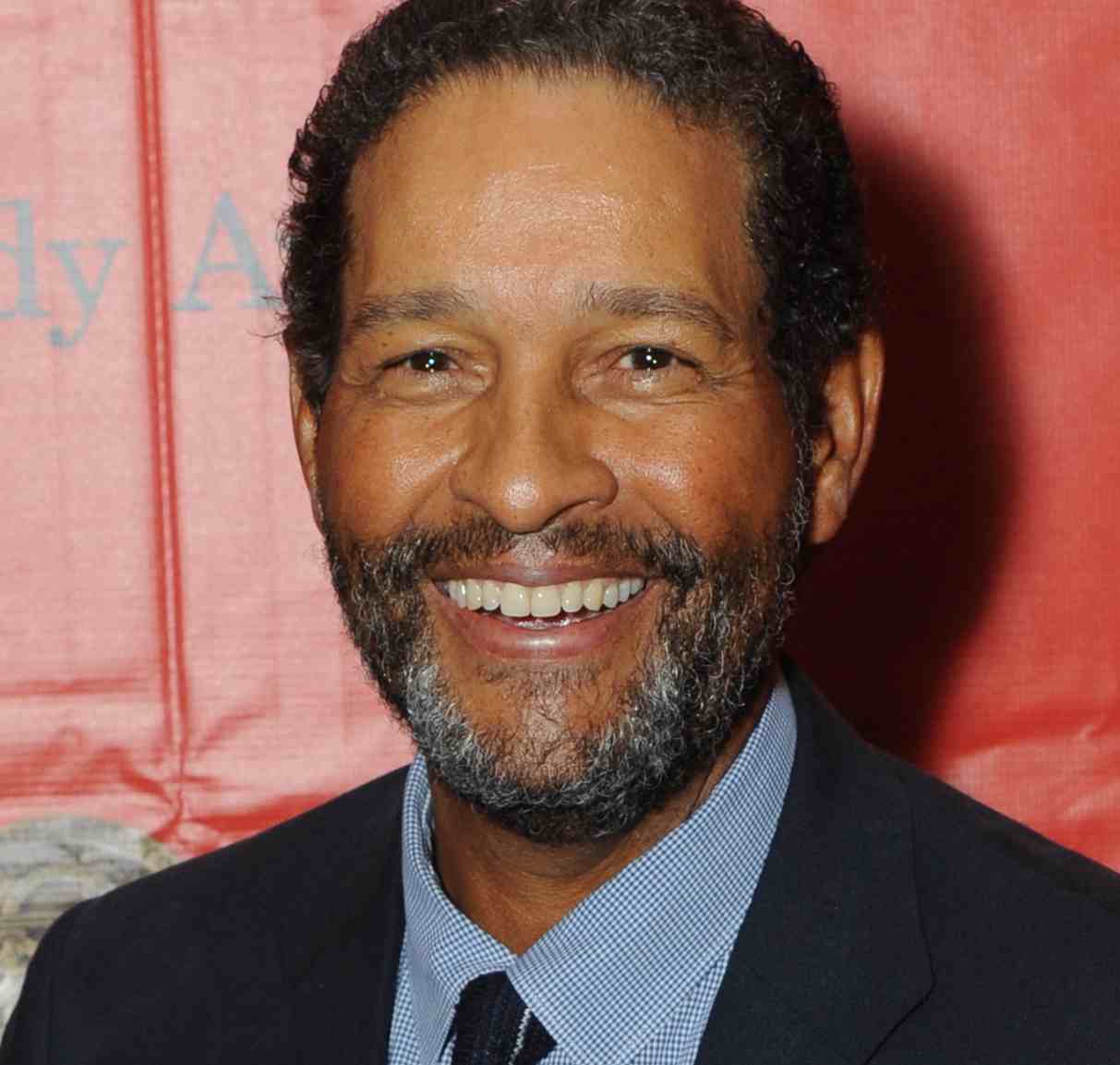 Bryant Gumbel is an American journalist, TV personality, and sportscaster for HBO’s Real Sports with Bryant Gumbel. Additionally, he previously worked for NBC on the Today show for a decade and a half and the CBS show morning show, The Early Show.

Bryant Gumbel Married to his Wife Hilary Quinlan Since 2002.

Bryant and Hilary had been friends for many years. Moreover, they allegedly had an affair while Bryant was married to his first wife. However, after he divorced his first wife in August 2001, Bryant began openly dating Hilary and proposed to her in December later that year.

Bryant wed Hilary on August 24, 2002. Yet, rather than having a lavish wedding, they opted for an intimate ceremony with only their friends and family in attendance. Likewise, the wedding ceremony was held at Florida’s Breakers Hotel in Palm Beach.

They are coming up on their 19 years together in a couple of weeks. In their nearly two decades together, Bryant and Hilary do not have any children of their own. However, Bryant Gumbel’s spouse Hilary is a stepmother to Bryant’s two kids from his first wife.

Bryant Gumbel became a father for the first time when his ex-wife gave birth to their son, Bradley Christopher, in 1978.

Indeed, Bradley was a problem child and has had several run-ins with the law. In August 2002, media outlets reported that the then 22-year-old Bradley was accused of robbery and assault. Furthermore, Bradley reportedly grabbed a Manhattan woman’s purse and fled the scene. In the process, the unnamed woman suffered minor injuries.

However, Bradley’s defendants argued that it was a case of mistaken identity. His attorney called him a “refined, well-mannered young man” and said that sometimes “mistakes could be made.”

As it turned out, the suspects did indeed wrongfully identify Bradley. As a result, police subsequently dropped all charges on him.

Still, Bradley’s legal woes wouldn’t end there, however. In 2008, Brad was arrested for an alleged DUI, only this time, there was no questioning that the man was indeed Brad.

According to TMZ, New York State Troopers pulled over Bradley’s 2005 Toyota 4-Runner SUV as it skidded across the highway. When the vehicle came to a stop, the troopers discovered Brad passed out and clearly intoxicated.

Upon running some tests, Brad’s blood alcohol concentration was double the legal dosage. Furthermore, he was also driving with a suspended license. Brad and his defendants quietly settled the matter in court.

Bradley has distanced himself from the spotlight outside of his legal troubles, as much as you can distance being the son of an eminent T.V. personality.

According to some reports, he once worked as a media event planner, although it is unclear whether he still works in the capacity.

Jillian is a fitness expert and yoga instructor who holds a B.S. degree from Sarah Lawrence College. Her husband, William Russell Robins, is of Jewish descent. They tied the knot on November 11, 2011, at the Breakers resort in Palm Beach, Florida.

Furthermore, they have two sons: Bryant, named after his grandfather, and Alan Robins.

On December 1, 1973, Bryant Gumbel married his first wife, June Baranco. June is a former flight attendant and artist. Likewise, June’s works are up on display in N.Y.’s Katonah Museum of Art. Bryan and June have two children.

However, their domestic bliss did not last. June deemed Bryant a “serial adulterer,” and alleged that he had a string of affairs, including an ongoing one with Hilary Quinlan, who would be his future wife. His affair with Quinlan was the final straw, and June consequently filed for divorce from Bryant.

Thus, she was granted her wish and the couple officially divorced on August 21, 2001. However, June would give Bryant his comeuppance when he took him for half his wealth in the divorce settlement.

Bryant Gumbel had a drastic body transformation in the early 2000s. Circa 2002, Bryant shed some 55 lbs. (24.94 kg) in a matter of months. Contrary to popular belief, his weight loss had nothing to do with cancer, which he developed in the late-2000s.

While not plagued with chronic illness, Bryant revealed that he was susceptible to bad habits. In an interview, he said that his eating habits were a problem. To make matters worse, Bryant was swamped with work and rarely had time for working out.

Weeks of self-reflection preceded his decision to lose the weight when he realized that he was letting his body go. A pivotal moment in his weight-loss journey was Bryant stepping on a weight scale and weighing north of 240 pounds.

Bryant promptly got a gym membership. Furthermore, he enrolled the help of a personal trainer to help him train at home. Bryant took up exercising religiously, so much so that when he wasn’t working, he was working out.

Coupled with a healthy diet, Bryan Gumbel surpassed his weight loss goals and then some!

Even now, at the age of 72, Bryant still works out when he has the chance. Although he has had to slow down, Bryant remains in great shape.

Like his weight loss, Bryant Gumbel’s cancer reveal came as a shock to all his fans. In December 2009, Gumbel dropped the bombshell that he had lung cancer on the syndicated talk show “Live with Regis and Kelly.”

Gumbel, who was in remission at the time of the interview, said that he underwent surgery to remove the malignant tumor from his lung.

Despite the successful surgery, some cancer cells still remained, so he underwent additional treatment. Since that time, Gumbel has been in remission, and if he relapsed, he has not let the public know. However, considering it was over a decade ago and Bryant seems to be healthy, his trials may be over with for good.

Furthermore, Gumbel explained that he had kept his illness a secret on the insistence of his wife. He did not even let his co-workers know and never missed an episode of “Real Sports” in all that time.

Gumbel’s friend Sean Cassidy, a P.R. executive, went on to elaborate that the cancer was not actually in his lungs but adjacent to it. Lung cancer leads in cancer-related deaths worldwide in men and is the second leading cause of death in women.

According to CelebrityNetWorth.com, Bryant Gumbel has a net worth of $25 million. Furthermore, the site reports that he makes $6 million annually from his tenured job as the host of HBO’s “Real Sports with Bryant Gumbel.”

Gumbel is a near-fifty-year veteran of sports broadcasting. His career began in the early ’70s in NBC Sports, where he covered the NFL, NBA, and college basketball games. Eventually, Gumbel became a co-host on the “Today” show, where he worked for the next 15 years.

Following his departure, Gumbel joined CBS, where he hosted the breakfast news show, “The Early Show,” from 1999 to 2002. Furthermore, Gumbel also had engagements with the NFL Network.

Gumbel is the long-standing host of the monthly sports news show “Real Sports with Bryant Gumbel,” on HBO since its debut in 1995. He has received praise from, among other publications, the Los Angeles Times, who called his show “flat out T.V.’s best sports program.”

Gumbel is one of the most recognized people in all of broadcasting. He has won several industry awards in broadcasting, including four Emmy Awards, three NAACP Image Awards, and a Peabody Award.

Bryant’s net worth would have been much higher if not for his acrid divorce settlement with his first wife. In 2001, The New York Post reported that Bryant had to relinquish his Upper East Side apartment and an estate in Westchester as part of the settlement. Furthermore, Bryant also had to serve up millions, essentially amounting to half his net worth.

At the time, Bryant held an estimated net worth of around $20 million. Had he not lost so much in the divorce proceedings, Bryant’s current net worth would have been much higher than it currently is.